Gane (8-0 MMA) will be looking to keep his perfect record intact when he takes to the Octagon this afternoon. The Frenchman is coming off a unanimous decision victory over Jairzinho Rozenstruik in his most recent effort, which was preceded by a TKO victory over former UFC champion Junior dos Santos.

Meanwhile, Alexander Volkov (33-8 MMA) will enter tonight’s UFC Vegas 30 headliner on a two-fight winning streak, this after scoring recent TKO victories over Walt Harris and Alistair Overeem. The former Bellator heavyweight champion has gone 7-2 since joining the UFC ranks in November of 2016. 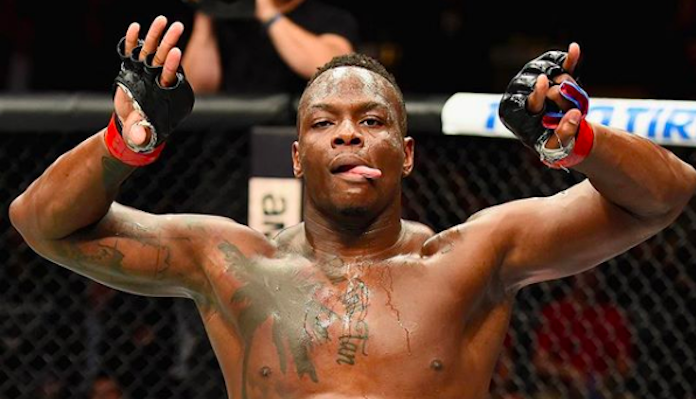 OSP (25-15 MMA) will be returning to heavyweight for the first time since suffering a split-decision loss to Ben Rothwell in May of 2020 this evening. The former interim light heavyweight title challenger has gone 1-2 over his past three bouts, with his lone win in that time coming over Michel Oleksiejczuk by way of submission.

As for Tanner Boser (19-8-1 MMA), the Canadian standout is coming off a split decision loss to Ilir Latifi in his most recent effort just three weeks ago. The loss setback marked Boser’s second in a row and third in his past five fights.

Get all of today’s live results and highlights below:

Renato Moicano vs Jai Herbert – Moicano def. Herbert via submission (rear-naked choke), at 4:34 of Round 2

How about @MoicanoUFC at lightweight?!

Kennedy Nzechukwu vs Danilo Marques – Nzechukwu def. Marques via TKO (punches) at 0:20 of Round 3

Shavkat Rakhmonov vs Michel Prazeres – Rakhmonov def. Prazeres via submission (rear-naked choke) at 2:10 of Round 2

Shavkat Rakhmonov looking to close it out in the 2nd!

Warlley Alves vs Jeremiah Wells – Wells def. Alves via KO (punches) at 0:30 of Round 2

Marcin Prachnio vs Ike Villanueva – Prachnio def. Villanueva via KO (body kick) at 0:56 of Round 1

Julia Avila vs Julija Stoliarenko – Avila def. Stoliarenko via submission (rear-naked choke) at 4:19 of Round 3

Who are you picking to win tonight’s UFC Vegas 30 main event? Share your predictions in the comment section PENN Nation!