Ostovich will be making her return to action this evening following an eight-month USADA suspension for the banned substance Ostarine. In her most recent effort at UFC on ESPN+ 1, the Hawaiian suffered a submission loss to Paige VanZant. That setback marked the 29-year-olds second in a row, so she knew the stakes were high this evening.

“The plan is to stay in MMA and the UFC,” Rachael Ostovich said at the virtual media day for UFC Vegas 15. “I’m not saying this is my last fight, I just think that another loss—three in a row—that won’t be good. I know how that looks, and I’ve seen people get cut for way less. That’s how I look at things.” 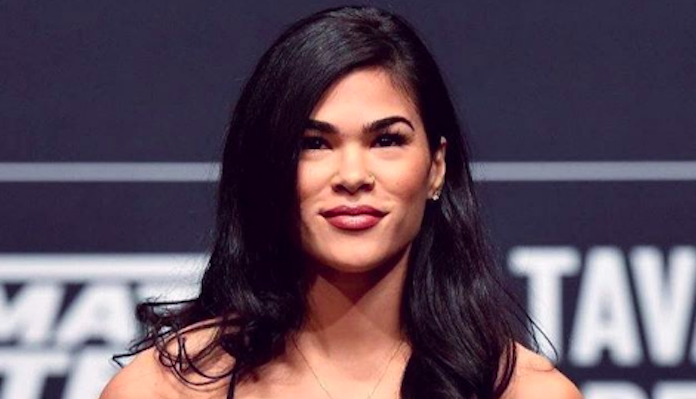 Meanwhile, Gina Mazany (6-4 MMA) will also enter UFC Vegas 15 looking to rebound, this after suffering a TKO loss to Julia Avila in her most recent effort in June. ‘Danger’ has gone just 1-4 since making her UFC debut in February of 2017.

Round one begins and Mazany comes forward quickly. She paws with her jab but Rachael Ostovich counters with a nice kick to the body. Good straight punches from both ladies early. Gina Mazany switches levels and scores a nice takedown. She immediately moves to take the back of Ostovich and does. She locks in a body triangle and begins working for a submission. Rachael scrambles, breaks free from the hold and returns to her feet. Ostovich with a nice right hand and then another. She attacks the ribs of Mazany with another solid kick to the body. Gina returns fire with a jab followed by a straight left. Rachael Ostovich with a good straight right over the top. Mazany presses the Hawaiian against the cage and begins working for a takedown. Rachael eventually breaks free and lands a kick to the body. Ostovich with a beautiful left hook as Mazany attempts to come forward. She lands another good right. Mazany responds with a hook. The horn sounds to end round one.

Round two begins and Gina Mazany comes forward quickly. Rachael lands a good counter right but winds up getting taken down against the cage. Mazany working from full guard as Ostovich attempts to lock-up an armbar. Gina avoids and moves to side control. She transitions to north-south position and then back to side control. Rachael Ostovich with a beautiful transition to move to top position. The flexibility she showed there was insane. She decides to stand back up with Mazany. Ostovich with a right hand. Gina Mazany responds with a big left. She shoots in and plants Rachael back down on the canvas. She begins working some ground and pound. Rachael attempts to scramble but can’t shake her opponent. She finally does and both women proceed to throw big shots to close out round two.

Round three begins and both women are trading leather early. Gina Mazany shoots in and scores another big takedown. She immediately moves to full mount and begins raining down some heavy ground and pound. Rachael Ostovich scrambles and manages to get back to her feet. A huge live kick lands for Mazany and drops Ostovich. She moves in with ground and pound. Rachael is back up to her feet but not for long as another set of punches from Mazany puts her down for good.

Powerful shots to the body earns @GinaDangerAK the 3rd round finish!

Who would you like to see Mazany fight next following her victory over Ostovich this evening at UFC Vegas 15? Share your thoughts in the comments section PENN Nation!