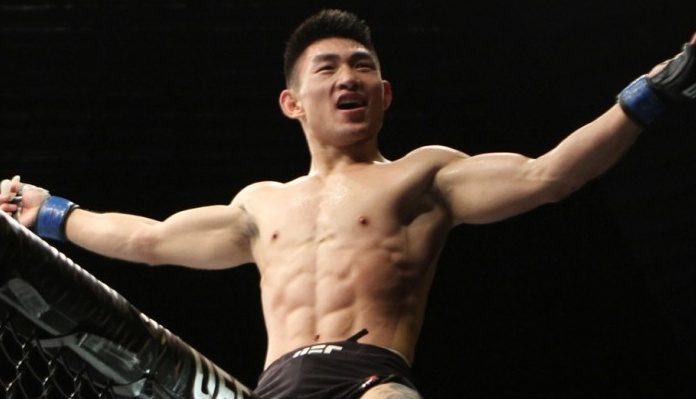 The bonuses for UFC on ESPN 8 at the VyStar Veterans Memorial Arena have been announced.

The Octagon remains open for business as it featured a stacked card, headlined by Alistair Overeem vs Walt Harris on May 16, at UFC on ESPN 8.

Meanwhile, Walt Harris returned to action for the first time since the tragic death of his stepdaughter, Aniah Blanchard in November 2019. He explained that his main event fight at UFC on ESPN 8 was the opportunity to make his daughter proud.

The co-main event featured a key strawweight bout between former title challenger Claudia Gadelha and rising contender Angela Hill.
Also at the Jacksonville show, an intriguing matchup took place between Edson Barboza and Hawaiian fighter Dan Ige who made his featherweight debut.
The evening’s fight card proved to be stacked full of showstopper performances’ as witnessed in the closely contested bout between Ige and Barboza. There were also several close calls including Gadelha’s split decision victory against Angela Hill which proved to be very competitive. On social media, it left some fans protesting the judges’ final scores.
Nevertheless, the fight action at UFC on ESPN 8 showed the diversity of great talent that occupies the UFC roster.

Walt Harris and Alistair Overeem went all in for their main event clash. Despite dropping to the canvas in the opening round at the hands of Harris, ‘The Reem’ managed to miraculously bounce back and became dominant on the ground. He went on to seal the TKO win in the second round. Despite resurrecting himself from the brink of defeat, the main event battle wasn’t enough to secure an additional fight bonus.

Cortney Casey and Miguel Baeza claimed the “Performance Of The Night” bonuses. After a wild first round, Baeza managed to starch Matt Brown in the second round. Meanwhile, Casey almost snapped Mara Romero Borella’s arm during their flyweight clash.

The “Fight Of The Night” bonus was claimed by Marlon Vera vs Song Yadong who collided in a three-round battle. Yadong won the decision victory but “Chito” Vera felt cheated by the decision, and so did Jorge Masvidal who believed the Ecaduorian got “robbed“. Nevertheless, his fight bonus will likely soften the blow.