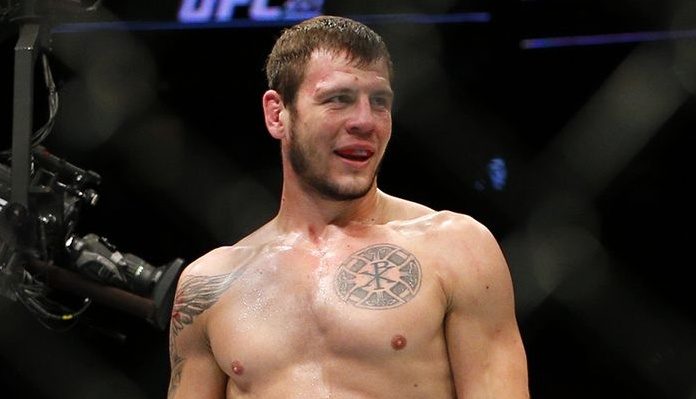 Gustafsson (18-7 MMA) will enter the contest looking to snap a three-fight losing skid. In his most recent effort in July of 2020, Alex suffered a submission loss to former UFC heavyweight champion Fabricio Werdum.

As for Nikita Krylov (27-9 MMA), ‘The Miner’ will be looking to snap a two-fight losing skid the afternoon. The Moscow native is coming off a submission loss to Paul Craig.

Round one of this light heavyweight contest begins and a low kick from Nikita Krylov starts the fight. Krylov with a right hand. ‘The Mauler’ returns fire with one of his own. A huge overhand right from ‘The Miner’ and Alexander Gustafsson goes down. Krylov flurrying and Gus is back up. Gus clinches and puts Krylov on the cage. Nikita breaks free and lands a low kick and then a 1-2. A hard jab from Krylov. Gus with a 1-2. Krylov a left hand and a body kick. Gus catches it. Nikita with a big hook and Gus is rocked. This one is all over. WOW!

Who would you like to see Krylov fight next following his TKO victory over Gustafsson this evening in England? Share your thoughts in the comment section PENN Nation!