Today’s UFC London event featured the return of Alexander Gustafsson who collided with Nikita Krylov in a light heavyweight contest.

Gustafsson (18-8 MMA) had entered the contest looking to snap a three-fight losing skid. In his most previous effort in July of 2020, Alex suffered a submission loss to former UFC heavyweight champion Fabricio Werdum.

As for Nikita Krylov (28-9 MMA), ‘The Miner’ was looking to snap a two-fight losing skid the afternoon in London. The Moscow native was coming off a submission loss to Paul Craig in his previous effort.

Tonight’s light heavyweight contest did not make it out of the first round. Krylov hurt Gustafsson badly on two occasions, the second of which ‘The Mauler’ could not recover from. It was a massive win for ‘The Miner’ and likely spelled the end of Gustafsson’s fighting career. 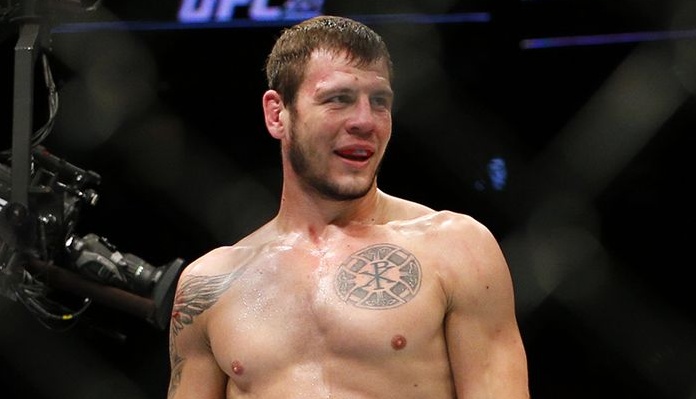 Check out how the pros reacted to ‘Gustafsson vs. Krylov’ below:

Gustafson is done. He needs to walk away, these shots are hard but he used to eat those. The chin is gone, walk away my friend. We all have expiration date. One of the best to not have had a title.

That was not I expected! Gutted for AG! Great win for Krylov #UFCLondon

Who would you like to see Nikita Krylov fight next following his TKO victory over Alexander Gustafsson this evening in England? Share your thoughts in the comment section PENN Nation!