One of the UFC’s top welterweight fighters believes an interim title is “the right thing to do” given the absence of champion Kamaru Usman.

Usman (20-1 MMA), the promotions reigning welterweight champion, has not competed since scoring a decision victory over Colby Covington at November’s UFC 268 event. Following his fifth consecutive defense of the 170lbs title, ‘The Nigerian Nightmare’ revealed that he was suffering from a broken hand that required surgery.

After going under the knife, it was expected that Kamaru Usman would be ready to compete again by the summer of 2022. However, recent reports suggest that the 35-year-old Nigerian will remain on the sidelines until the fourth quarter of 2022.

Given Usman’s lengthy absence from competition, veteran welterweight Neil Magny believes the time has come for the promotion to introduce an interim title. ‘The Haitian Sensation’ recently sat down with MMA News where he explained his stance.

“It’s the problem with the division right now, it’s just so stagnant. Just keep it moving,” said Magny. “It’s unfortunate he got a broken hand. You (Kamaru Usman) are the pound-for-pound champ, you are the champ of the division. No one’s taking that away from you. But, for the sake of keeping things moving for the rest of the division, I think doing an interim title is the right thing to do.” 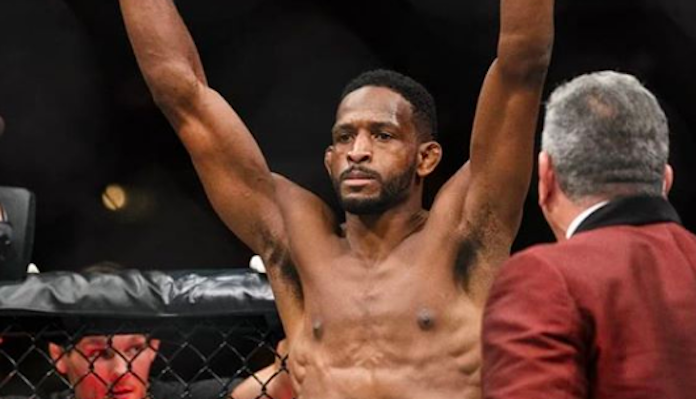 When asked which two welterweights he thought were most deserving of competing for an interim title, Neil Magny shared the following:

Do you agree with Neil Magny that the time has come for the UFC to introduce an interim welterweight title? Share your thoughts in the comment section PENN Nation!