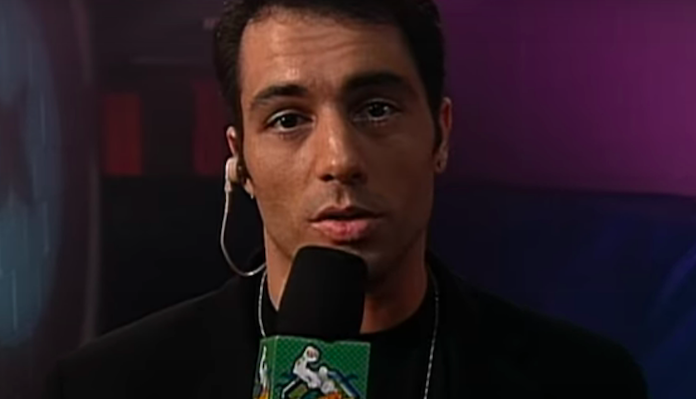 Campbell McLaren, one of the founders of the UFC, has explained why he originally hired Joe Rogan as one of the promotion’s color commentators.

McLaren, who is now the CEO of Combate Americas, opened up on his decision to hire Rogan on MMA on Sirius XM.

🔊 “It was really tough back then and he was such a great addition.” 🎙️@campbellcombate tells @RyanMcKinnell & @MieshaTate why he hired @joerogan, and explains what makes him so great as a announcer. pic.twitter.com/ol7ufKCvkw

“Joe came in at UFC 11,” McLaren said, looking back on recruiting Rogan, who was just getting started as a comedian at the time. “Even by [UFC] 11, we still didn’t have a grip on things. It was so unpredictable. We would run out of fighters. We were still doing the tournaments, and guys would get hurt, and you couldn’t predict anything. We had no idea what was going to happen.

“I had a background in comedy, and I knew a comedian that could handle hecklers would be very ready for the UFC—for the Ultimate fighting Championship—because they could handle it,” McLaren continued, explaining why Rogan got the job offer. “I could go ‘Joe, we’re running late, you’ve got to talk to them for five more minutes, tell this guy to shut up.’ And Joe, I believe he’d had a couple of professional kickboxing bouts, he had that Boston tough guy thing. He has was quick on his feet, he had a good sense of humor, and boy, did he drink the Kool-Aid.

“He came in, and he was very good at making it look like what was happening was not a disaster about to really spin out of control,” McLaren concluded. “It was his ability to handle hecklers as much as anything, and thinking on [his] feet, going with the flow, because you couldn’t map out what was going to happen back then. It was really tough back then, and he was such a great addition. I think Joe’s one of the best announcers in sports. He’s certainly the best podcaster.”

As Campbell McLaren suggests, Rogan is now the host of the Joe Rogan Experience podcast, which is one of the most popular podcasts in the world. He also still calls the majority of UFC pay-per-views on North American soil.

What are your thoughts on Rogan as a UFC commentator?