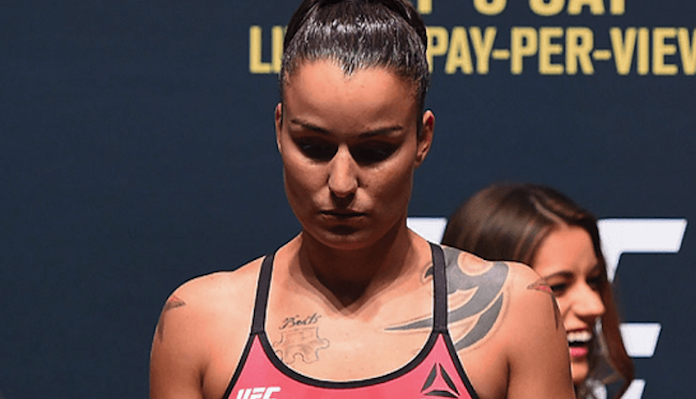 Amber Heard and Johnny Depp are first and foremost in the news right now with their ongoing courtroom drama, suing and counter-suing each other in a highly publicized defamation case.

Amidst all the drama, Raquel Pennington (14-9 MMA) has come forward to clear the air about false reports that she struck actress Amber Heard.

Apparently Heard lashed out at a ‘Raquel Pennington’, with the doctor explaining the disorders can cause a person to lash out when their own needs aren’t being met. Testifying in court Dr. Curry said:

“To claim being non-judgemental but really be full of a lot of rage; a lot of inner anger and blame — which can explode out at times; passive-aggressive behavior and self-indulgent and self-centered behavior; manipulative; needy, and seeking approval.”

Apparently Raquel Pennington and Ms. Heard were friends, that being that a woman (a craft jeweler by trade) by the name of Raquel Pennington is an ex-friend and ex-neighbor of Heard. Not the Raquel Pennington who competes in the UFC featherweight division. The fighter, ‘Rocky’, is unimpressed that her name is being called out by some media outlets as the one who struck the actress.

“I love how I’m getting drug into this Johnny Depp trial and idk any of those people…get your Facts together ppl. There are more Raquel Penningtons in the world.”

So there you have it – Raquel Pennington does not know Amber Heard and certainly didn’t strike her.

The UFC fighter is busy with her own schedule, having won four fights in a row, the last coming in April of this year at UFC 273, where she defeated Aspen Ladd (9-3 MMA).