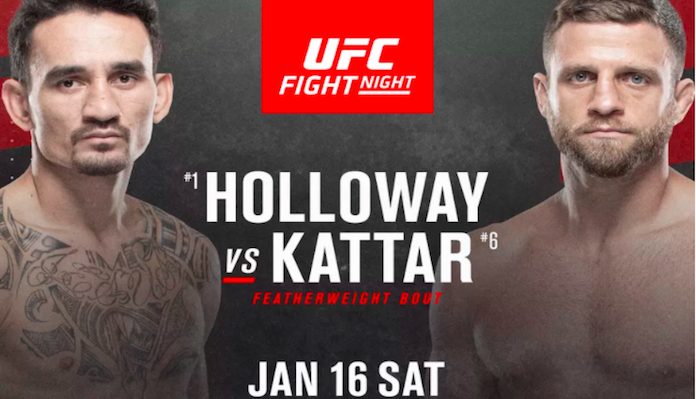 Check out the latest fight card and rumors for the upcoming UFC Fight Night 184: Holloway vs. Kattar event in early January 2021.

The crown jewel of the UFC Fight Night 184 card is, of course, the fantastic featherweight main event between top contenders Max Holloway and Calvin Kattar. Holloway is coming off of a highly-controversial split decision loss to Alexander Volkaovski on Fight Island last July, while Kattar has won back-to-back fights over Jeremy Stephens and Dan Ige. The winner of this fight could get a 145lbs title shot.

Another intriguing bout sees Omari Akhmedov vs. Tom Breese. Akhmedov is ranked in the top-15 and although he is coming off of a unanimous decision loss to Chris Weidman, he has still proven himself to a capable UFC middleweight. As for Breese, he picked up a huge KO win over KB Bhullar in his return to the Octagon. With Brees looking to break into the rankings, beating Akhmedov is a great test for him now.

How excited are you for UFC Fight Night 184: Holloway vs. Kattar?