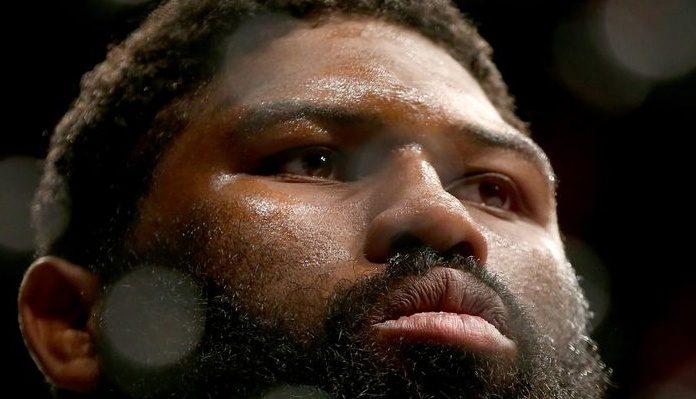 The highly anticipated heavyweight main event proved to be a short lived affair. To the surprise of many, Curtis Blaydes did not shoot for a single takedown in tonight’s event headliner. Instead, ‘Razor’ decided to showcase his improved striking skills, outpointing Daukaus on the feet in the opening five minutes. Then, at the start of round two, Blaydes landed a huge punch that sent Daukaus crashing down to the canvas. Curtis quickly pounced on his wounded opponent and promptly finished the fight off with ground and pound.

The co-main event of UFC Columbus featured a women’s flyweight bout between Joanne Wood and Alex Grasso. The bout resulted in a first round submission victory for the Mexican standout, who forced her Scottish opponent to tapout due to a rear-naked choke.

Performance of the night: Chris Gutierrez pocketed an extra $50k for his sensational second round knockout win over Danaa Batgerel. ‘El Guapo’ sent ‘Storm’ crashing to the canvas with a spinning back fist and then finished him off with ground and pound.

Performance of the night: Curtis Blaydes earned an extra $50k for his second round TKO victory over Chris Daukaus. ‘Razor’ was able to drop Daukaus with a big punch in the early moments of round two and promptly finished his wounded opponent off with ground and pound.

Are you surprised by any of the performance bonuses handed out by Dana White and company following the conclusion of tonight’s UFC Columbus event?