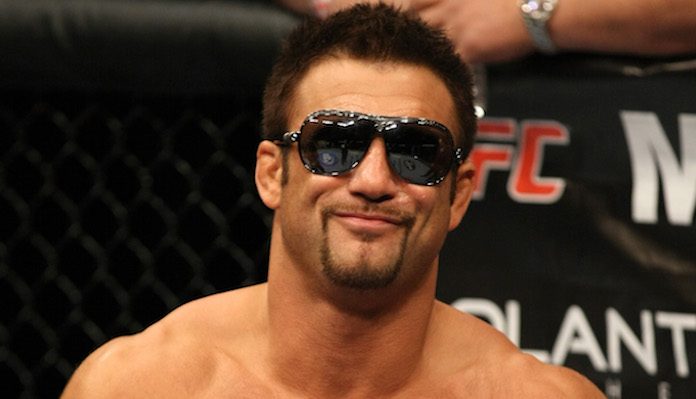 UFC and PRIDE veteran Phil Baroni has announced his retirement from mixed martial arts while suggesting he should have retired a while ago.

Now 45 years old, the man who is known as “The New York Bad Ass” took to his social media over the weekend to officially announce that he is hanging up his gloves after over 20 years competing in mixed martial arts. In his statement, Baroni thanked his fans while also admitting that he should have listened to the advice of his coach at American Kickboxing Academy, Javier Mendez, who allegedly told Baroni to retire a long time ago.

Im retired. My career has come to a close. Thanks to my fans for the support. It was fun. Thanks for the memories. It should have been over a long time a go. Adios Amegos for Mexico

Im retired. My career has come to a close. Thanks to my fans for the support. It was fun. Thanks for the memories. It should have been over a long time a go. Adios Amegos for Mexico

Baroni (16-19) began his mixed martial arts career in 2000 and won his first fight via first-round TKO. He was immediately signed to the UFC and in his second professional MMA bout, he knocked out Curtis Stout at UFC 30. Between 2001 and 2005, Baroni fought mainly in the UFC, where he went 3-5 overall in the promotion. His win over Dave Menne at UFC 39 in 2002 is considered one of the greatest knockouts of all time. Watch it below.

One fight after losing his belt to Murilo Bustamante, Dave Menne fought Phil Baroni. Baroni knocked him out in 18 seconds.

We also got a classic referee Larry Landless “Lets Rock and Roll!”#UFC39 pic.twitter.com/5NmnDGg3S6

After leaving the UFC, Baroni joined PRIDE in Japan, where he went 3-2 overall before signing with Strikeforce, where he lost to Frank Shamrock in 2007 for the middleweight title. Baroni would then fight for promotions such as Elite XC and Cage Rage before eventually returning to the UFC in 2009 when he lost to Amir Sadollah and then lost to Brad Tavares in 2011. After leaving the UFC for a second time, Baroni competed for promotions such as Bellator, ONE Championship, DREAM, King of the Cage, Titan FC, and even the World Bare Knuckle Fighting Federation. Following a loss to former UFC fighter Sai Wang in 2019 in China, Baroni didn’t put his gloves on again, and now he is retired.

We here at BJPenn.com want to congratulate Phil Baroni on his memorable MMA career.