Woodley (19-6-1 MMA) will be hoping to snap his current three-fight losing skid when he squares off with Luque this evening. ‘The Chosen One’ is coming off a TKO loss to Colby Covington in his most recent Octagon appearance, which was preceded by back-to-back decision losses to Gilbert Burns and Kamaru Usman.

Meanwhile, Vicente Luque will enter UFC 260 on a two-fight winning streak, this after scoring stoppage victories over Randy Brown and Niko Price in his most recent efforts. ‘The Silent Assassin’ has gone 8-1 over his past nine fights overall, with his lone loss in that time coming to Stephen ‘Wonderboy’ Thompson. 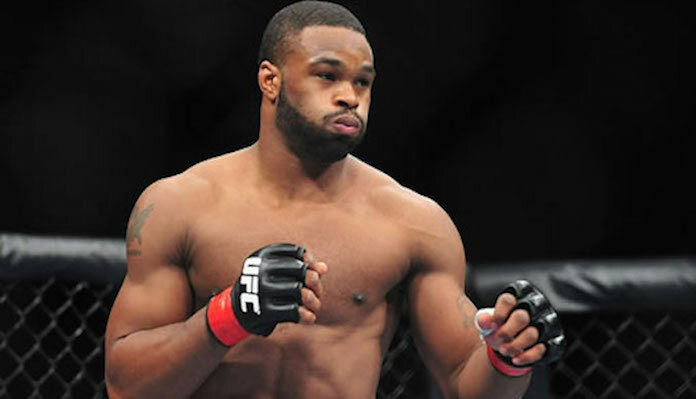 Round one of the UFC 260 co-main event begins and Tyron Woodley comes forward with a big right hand. He forces the clinch and pushes Vicente Luque against the cage. The Brazilian switches the position and begins to work some knees. He lands a good shoulder strike. Woodley finally breaks free from the hold and lands a good right hand. Another right hand connects for the former champion. He looks fast this evening. Vicente Luque quickly closes the distance and forces the clinch. He begins to pepper Tyron Woodley with knees from the position.  ‘The Chosen One’ breaks free and lands a massive right hand. Luque is rocked. He rocks Woodley now. Tyron is badly hurt. Big shots from both men. Luque. is looking for a D’arce choke. He locks this up tight. Tyron Woodley taps.

Who would you like to see Luque fight next following his submission victory over Woodley this evening in Las Vegas? Share your thoughts in the comment section PENN Nation!