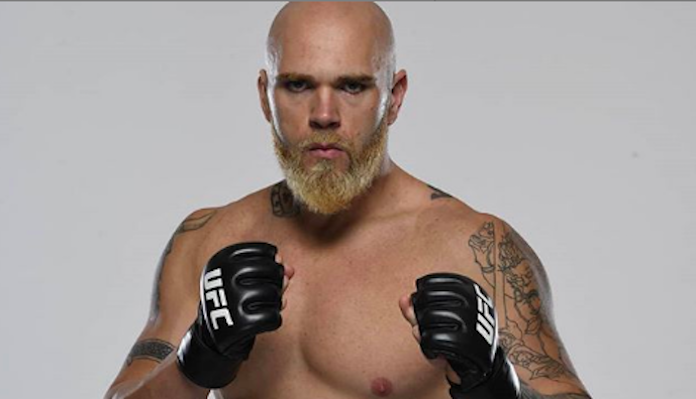 If you tuned in for the UFC 240 weigh-ins, you may have noticed that Alberta’s own Tanner Boser was absent. That’s because his opponent Giacomo Lemos reportedly failed a last-minute drug test and was pulled from the card.

Boser claims Lemos’ withdrawal was so down-to-the-wire that the UFC could not find him a replacement opponent for UFC 240. Considering he was set to make his long-awaited UFC debut in his hometown, it’s understandable that he’s not happy. To add insult to injury, Boser will apparently only get his show money and his Reebok sponsorship money — not his win bonus.

“I am absolutely devastated to learn that I will not be fighting in two days at UFC 240,” Boser wrote on social media. “My bitch made opponent Giacomo Lemos tested positive for a banned substance and it is too late to find a replacement as weigh ins are tomorrow morning. I thought it was strange that Lemos wouldn’t make eye contact with me at all whenever I saw him at the hotel. I know now that it’s because he’s a coward. UFC has told me that they will get me on a future card as soon as they can. I am so so sorry to all my friends and family who paid good money for tickets to come out and watch my UFC debut. I am beyond bummed.”

Tanner Boser (16-5-1) has long stood out as one of Canada’s premier heavyweights, having previously bested names like Chase Gormley, DJ Linderman, Rakim Cleveland, Tony Lopez, and the late Tim Hague. His debut at UFC 240 felt like a long time coming, but unfortunately it will have to wait.