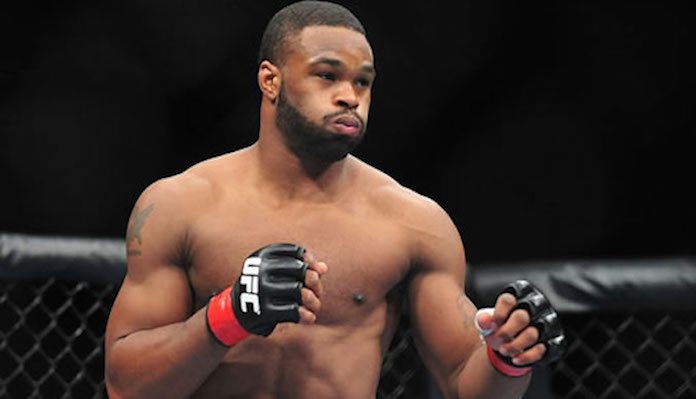 Tyron Woodley knows he is better than all three of the fighters he has lost to in his last three fights.

During his skid, Woodley lost his belt to Kamaru Usman by decision and then suffered a decision loss to Gilbert Burns and a fifth-round TKO loss to Colby Covington. However, Woodley believes he hasn’t been performing to the best of his ability but still plans on retiring on top of the welterweight division.

“I think I was focused so heavily on proving people wrong so many times in my career that it took away from proving people right,” Woodley continued. “I got 20 or 30 people I’ve got to prove right: coaches, loved-ones, kids, training partners, people who really supported me since the beginning.

“It’s millions of people you’ve got to try to prove wrong,” Tyron Woodley said. “For me, it’s really just focusing and really just understanding that life is not a straight path. It can be, but we make choices. I made choices in my life that kind of veered me off that path and those are the things I have to deal with.

“Quitting is not an option,” Woodley added. “I’ve got to go out on top like I plan to do in the way I saw myself at the beginning of the sport. That’s not the way. It wasn’t losing to these guys. Although they were the champion, (ranked) one, and two. But on paper, I’m a better fighter than all of them.”

In order to go out on top, Tyron Woodley will need to beat Vicente Luque at UFC 260 and prove he is a legit contender again. If he beats the Brazilian, he could get a top-five opponent next and try and work his way back up to the title.

What do you make of Tyron Woodley saying he is better than all three of the fighters he lost to on his recent skid?