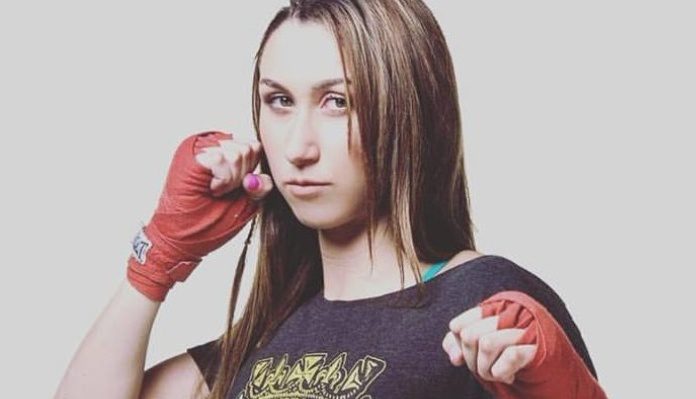 Despite the rocky start to the flyweight division through season 26 of The Ultimate Fighter, the UFC is now working its way into the right direction with some recent signings.

First confirmed by ESPN, LFA champion Sabina ‘Colombian Queen’ Mazo (6-0) has signed with the promotion and expects to debut in March or April.

Just looking at her trajectory after each fight, it was a matter of time before the exciting striker made her way to the big show. And after her last title defense at LFA 54 against Carol Yariwaki, the UFC wasted little to no time in offering her her shot.

“I knew a couple days after the fight,” Mazo told FanSided. “We had been looking at the possibility of signing with the UFC. We were kind of chasing that. I finally got the contract three weeks ago and I was really excited in the moment, and even still. It’s really cool for me. It’s great that I can finally make it public and spoken. It’s amazing, I feel good and I am happy to represent my team and Colombia and I know I am going to do good work. I know it’s just the beginning. I want to make great fights and technical fights that people want to see. I came to the UFC to stay — that’s my goal.”

The 21-year old Mazo’s last four outings all came within the LFA cage where she scored two sensational head kick knockouts and earned victories over the likes of the veteran Shannon Sinn. She also happens to hold a win over recent Bellator title challenger Alejandra Lara whom Mazo defeated in her debut.

No matter who she faces first, the Colombian Queen will be one to keep an eye on.