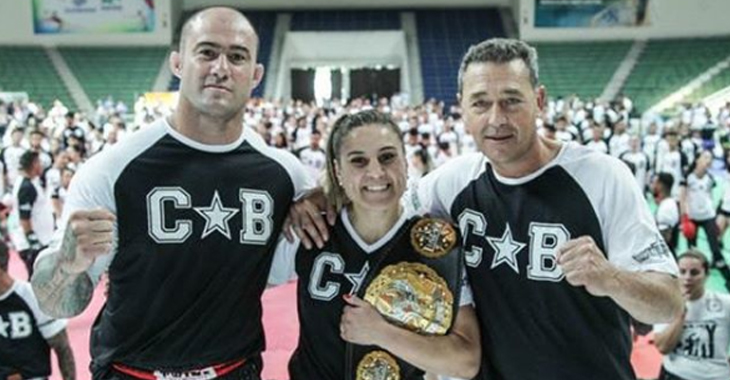 With the UFC’ women’s featherweight division still empty – even on the official website – the new women’s flyweight class is actively being built. The season of The Ultimate Fighter brought in talent and crowned their inaugural champion Nicco Montano, meanwhile Paige VanZant and Valentina Shevchenko have made their jump into the division. Now, the UFC has officially signed Invicta FC’s flyweight champion Jennifer Maia as reported by Combate.

“Everything in its time. Thanks for the love and messages from everyone, that is what motivates me more and more and makes me see that I am on the right path. Signing a contract with the big UFC organization is an accomplishment and accomplishment of all who are around me, I thank all the team that I have, through my will guide me to show a beautiful teamwork. I am very grateful also to all who gave me the opportunity to build my trajectory. Now, it’s a new beginning.” – Jennifer Maia via her official Instagram.

Her UFC debut was actually supposed to already happen in a short notice fight against Valentina Shevechenko at UFC Belem, but Jennifer Maia had to turn it down due to recovery from her last fight. We all know how Shevechenko’s fight went with the opponent she did end up fighting. She’s looking for a title shot now, but a fight with Maia seems inevitable.

Jennifer Maia is currently on a six-fight winning streak with wins over Vanessa Porto, Roxanne Modafferi and Agnieszka Niedzwiedz. The date and opponent for her debut is to-be-decided but this is certainly a big signing for their new division. With as shallow as the young division is right now and Maia vacating the belt to jump ship to the UFC, expect Maia to get a number one contender fight in her debut if not an immediate title shot.