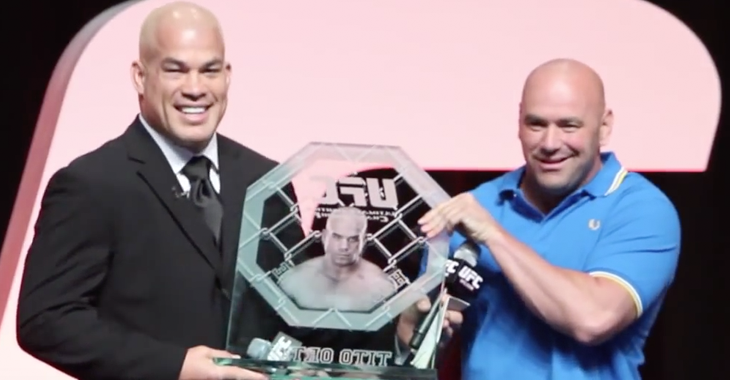 “Yea it’s dead,” Ortiz told Bronsteter when asked if Golden Boy MMA was still operational. “They are just in the boxing business and I can leave it there. I gave them the opportunity to run with something and make it huge but it just didn’t work out. I did what I needed to do promotion wise. Getting ready for the fight it was eighteen weeks and it just ended up getting me another fight in the future.” 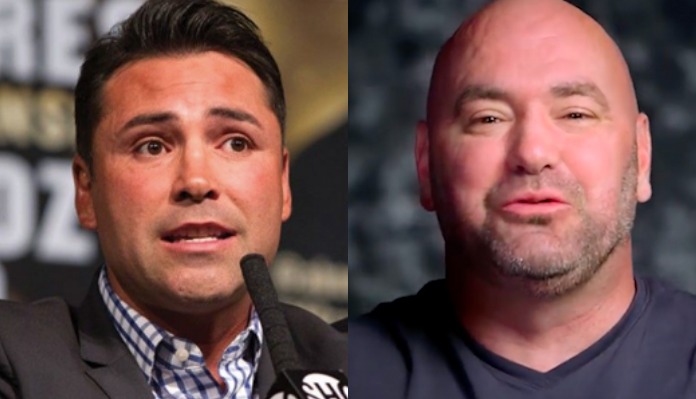 Tito Ortiz was asked if he felt Oscar De La Hoya carried his load as a promoter for Golden Boy MMA, this after he was caught reading fighter names off of a sheet.

“I can’t say nothing bad about Oscar because he gave me an opportunity and I am very thankful for it. It’s just one of those things as a promoter, you’ve got to do your homework. You know a perfect example is Dana White. He does his homework, he busts his ass and he does it for the MMA crowd and not just for his family but for fighters and their future. Oscar just really didn’t put his homework in and he didn’t do what he wanted to do for mixed martial arts. He’s a boxing promoter, and I guess we will leave it right there.”

Aaron then asked Tito Ortiz if he feels Dana White can succeed as a promoter in boxing.

“Let me tell you,” Ortiz said. “Dana holds so much power. Anything he touches he puts his hard work into it and he really prevails. When you’re as successful as (White), it is because he’s put in the hard work and dedication.”

What do you think of these recent comments from Tito Ortiz? Sound off in the comments section PENN Nation!