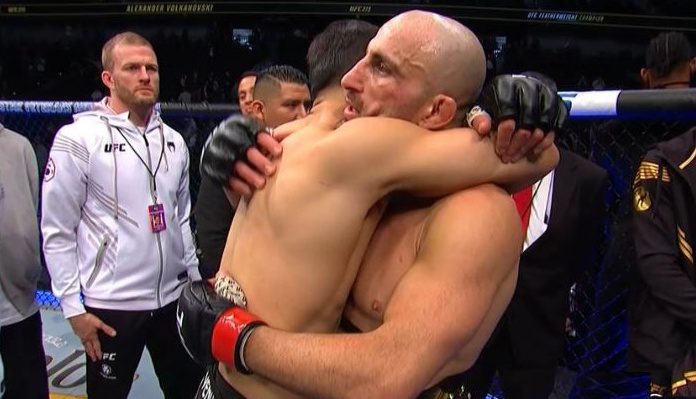 The Korean Zombie has issued a statement following his TKO loss to Alex Volkanovski at last night’s UFC 273 event.

Zombie was returning to action for the first time since defeating Dan Ige by unanimous decision in June of 2021.

Alex Volkanovski, meanwhile, had most previously competed at UFC 266, where he defended his featherweight title for a second time by defeating Brian Ortega.

Last night’s UFC 273 main event was dominated by the Australian champion. Volkanovski put on an absolute striking clinic, battering The Korean Zombie with punches and kicks. After nearly scoring a finish in the final moments of round three, the bout was quickly waved off in the early moments of round four following some heavy strikes from ‘The Great’.

It was a crushing loss for The Korean Zombie, marking his second failed bid for the promotions featherweight title.

Chan Sung Jung took to social media earlier today where he issued the following classy statement on his loss to Alex Volkanovski.

“It’s sad or regretful, or something like that, but there’s no such thing. I feel relieved, my physical condition was perfect and all the camps were perfect, but I lost so perfectly haha. I’m sorry to those who looked forward to me, thank you to those who worried about me, I’m okay. I’m just disappointed to learn that a champion is like this I hope that Korean martial arts will be helpful to the next generation. And I want to say thank you to @alexvolkanovski for showing the dignity of a champion. Thank you Alex.”

Who would you like to see The Korean Zombie fight next?