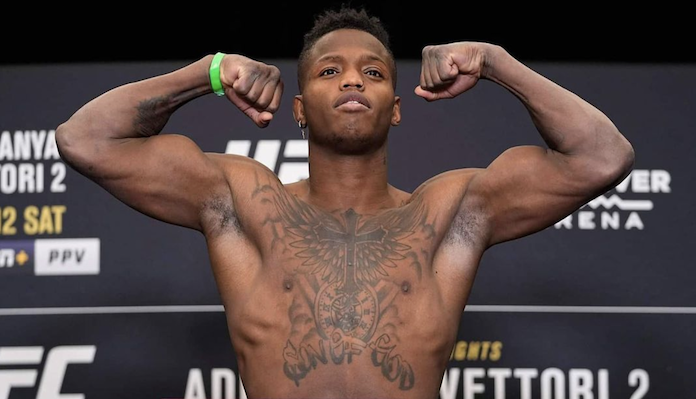 UFC star Terrance McKinney has offered his support to Dave Chappelle after the comedian was attacked recently.

Earlier this week, popular comedian Dave Chappelle was attacked on stage by a man who possessed a replica gun and knife. There’s been an outpouring of support for Dave in the days following what went down at the LA comedy festival, with many questioning how the individual was even able to get that close to him in the first place.

Terrance McKinney, who knows a thing or two about hand-to-hand combat, has offered up his services to Chappelle for future shows.

Somebody tell Dave Chapelle to hit me up, I’ll be security for him and I bet nobody will touch him 💪🏾

We imagine he’ll be too busy climbing the ranks of the UFC’s lightweight division but either way, this is a pretty nice gesture.

We last saw McKinney in the cage in March when he squared off against Drew Dober. In one of the most electric first rounds in UFC history, Dober survived an early onslaught from McKinney before finishing him with just over three minutes gone in the fight.

Despite this, many believe the 27-year-old still has an unbelievably bright future in the sport.

What do you think the next few years are going to hold for Terrance McKinney? Will he ever challenge for a UFC title?