Sean O’Malley doesn’t blame Dana White for his stance on fighter pay: “Some of these f*cking people have zero following”

The UFC’s pay structure has been a hot topic in recent months, with boxer Jake Paul doing his best to promote changes in the way Dana White and company treat fighters.

‘The Problem Child’ recently made a offer to the UFC boss which stipulated he would retire from boxing if the promotion made the following internal adjustments.

1. Increase minimum fighter pay to $50k (it’s 12k currently)
2. Guarantee UFC fighters 50% of the UFC annual revenues ($1bn in 2021)
3. Provide long term health care to all fighters (you previously said brain damage is part of the gig… Imagine if the NFL said that). There are many UFC alums who have publicly said they are suffering from brain damage. 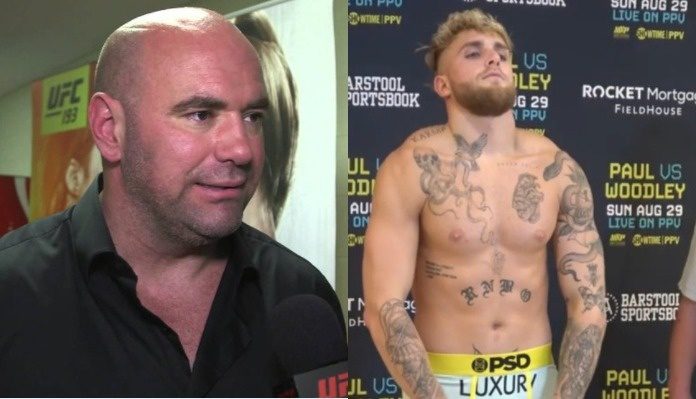 Sean O’Malley (15-1 MMA), who previously said he was “inspired” by Jake Paul and his brother Logan, recently touched on the topic of fighter pay during his most recent episode of the TimboSugarShow. For ‘Suga’, he can understand Dana White’s stance on the situation stating the following:

O’Malley most recently competed at last month’s UFC 269 event where he scored a first-round TKO victory over Raulian Paiva (see that here).

The win served as Sean O’Malley’s third in a row and earned him a spot in the top-15 of the UFC’s bantamweight rankings. ‘Suga’ recently received a callout from former bantamweight champion Cody Garbrandt, but ultimately shutdown the idea of fighting ‘No Love’ claiming he has CTE.

Who would you like to see O’Malley fight next?