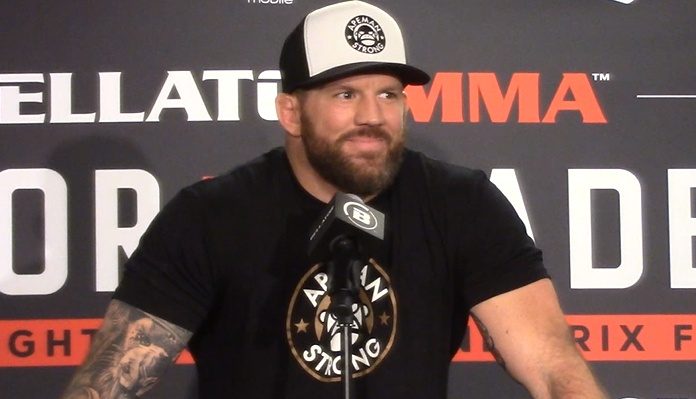 Jones was arrested last month in Las Vegas after reportedly putting his hands on his fiancee, Jessie Moses, and also damaging a police vehicle. This is far from the first time that Jones has gotten in trouble with the law, though it’s the first time he has been accused of domestic violence. Jones’ arrest sent shockwaves through the MMA community and everyone seems to have an opinion about it. One of those fighters who has an opinion is Jones’ former UFC rival, Bader. The two were at one point the top two light heavyweight prospects in the UFC, but Jones submitted Bader a decade ago and became the champ. Jones would go on to become a UFC legend, while Bader became a champ in Bellator.

Speaking to MMAFighting.com’s Damon Martin in a recent interview, Bader was asked what he thought about Jones’ recent arrest. While Bader admitted that people can make mistakes and that Jones deserves to have his day in court, he also believes that at this point, Jones getting in trouble with the law is becoming a habit. And, according to Bader, if Jones really did what he’s being accused of with his fiancee, it was a “scumbag move.”

“People make mistakes — we don’t know all the facts or whatever — but if he did put hands on a woman, his fiancée, that’s the biggest scumbag move you can do and he should be gone if he did that, plain and simple,” Bader said. “People make mistakes but when you keep making them over and over and over again, it’s not a mistake anymore. It’s a habit.”

Do you agree with Ryan Bader that Jon Jones’ legal issues are becoming a habit?