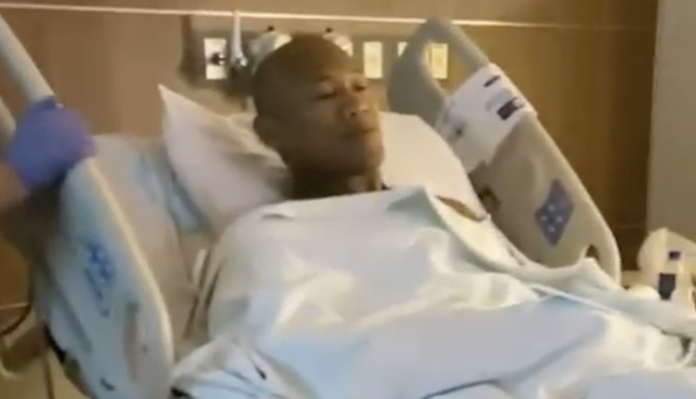 UFC middleweight legend Ronaldo Souza had successful arm surgery and is expected to make a recovery in six months following the nasty injury.

Souza was submitted for the first time in his MMA career by Andre Muniz at UFC 262 this past Saturday night in Houston, Texas. It was an incredible moment for Muniz, who picked up the biggest win of his career over one of his heroes in “Jacare.” But for Souza, it was the worst moment of his career as he not only lost the fight but suffered one of the worst broken limbs we have ever seen in UFC history. It was a terrible thing to happen to one of the biggest class acts in the sport, but fortunately for Souza, it appears he will be okay.

Taking to his social media on Monday, Souza posted a video of himself going into surgery. He posted the video after he underwent the surgery, reassuring his fans that he’s fine.

Surgery is done. Thank God Everything is well.

The doctor who performed the surgery, Rickson Moraes, spoke to Marcelo Alonso of Sherdog.com and said that Souza’s X-rays look good and added a timeframe for recovery.

“I just did a video call with him and saw the X-ray. The surgery was excellent. They placed two plates to fix the bones. The team that did the surgery will evaluate, but normally that type of fracture takes around six months for a complete recovery,” Moraes said.

The doctor also compared Souza’s injury to that of Chris Weidman, who suffered a broken leg at UFC 261. Moraes said that they are similar and both men can make a full recovery.

“Both Weidman and Ronaldo have a fracture in the diaphysis of the bone (tibia and humerus). Both cases tend have excellent returns. The problem is when the break affects articulations. It was not what happened with Ronaldo and Weidman,” he said.

What do you think is next for Ronaldo Souza in his career after losing to Andre Muniz?