Derrick Lewis stopped an alleged car thief from breaking into his vehicle.

Lewis posted on social media a video of him stopping a car thief from breaking his car and the thief later being put into custody by the Houston police.

In the video, Lewis says “motherf*cker tried to break into my sh*t.” The heavyweight contender then took to his Instagram stories to post a picture of his knuckles bruised saying it was all worth it. 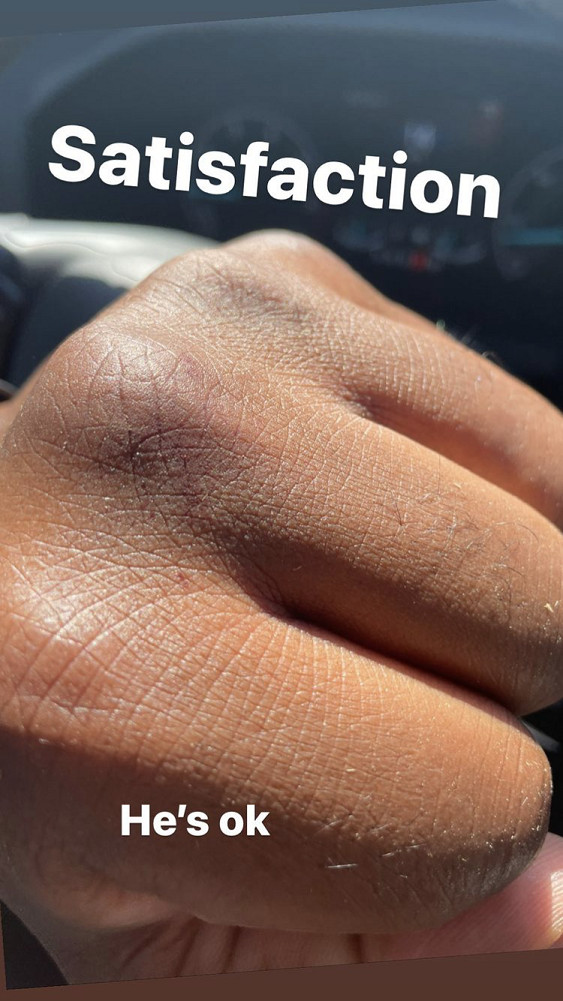 MMAFighting was able to confirm with the Houston Police Department that the incident took place around 9:30 a.m. local time on 15000 Block West Memorial Loop. Lewis claimed he was returning from a workout and heard a noise on the driver’s side where he saw the alledged thief trying to break into his car using a screwdriver

“Mr. Lewis says he went over to the suspect, struck him, placed him onto the ground until the police arrived,”  Jodi Silva, a public information officer for the Houston Police Department said. “That’s the nicest way to put it.”

The police say the thief was taken to the hospital for treatment and was in the process of being booked into custody as of Tuesday afternoon. He’s also facing a charge of criminal mischief after trying to break into Derrick Lewis’ car.

Lewis is set to rematch Francis Ngannou for the heavyweight title later this year. The two fought at UFC 226 where “The Black Beast” won a lackluster decision. Lewis is coming off a KO win over Curtis Blaydes to put himself into title contention. The victory was his fourth in a row.

What do you make of Derrick Lewis stopping someone trying to break into his car?