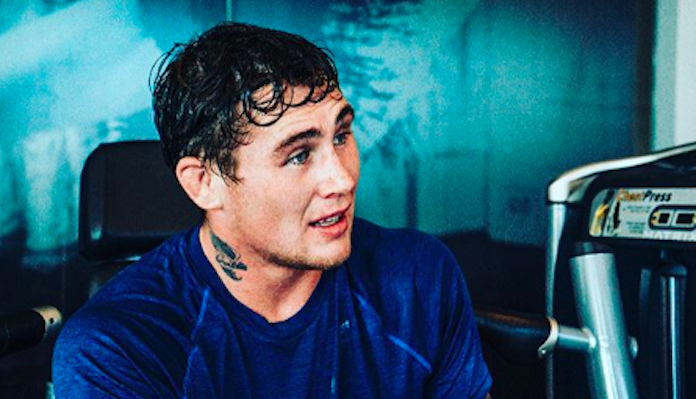 Middleweight Darren Till says he was inspired by Charles Oliveira’s win over Michael Chandler at UFC 262 after being “looked over” for years.

Oliveira knocked out Chandler in the second round of their main event fight at this past Saturday’s UFC 262 to become the new UFC lightweight champion. The Brazilian has been in the UFC since 2010 but for years, he struggled to be consistent as he juggled between featherweight and lightweight and couldn’t string wins together. After committing to 155lbs again, Oliviera has been on a roll the last several years and is currently riding a nine-fight win streak. It’s been an incredible journey to the top, especially given all the question marks about Oliveira over the years, with many fans labeling him as a “quitter.”

Speaking Michael Bisping on “Believe You Me”, Till said that he draws inspiration from Oliveira, who has had to overcome a lot during his career. Till himself has had several big setbacks during his UFC run, most notably a submission loss to Tyron Woodley in his lone welterweight title shot. At middleweight, he has also struggled with inconsistency, though he hopes to rebound at UFC London this summer when he takes on Derek Brunson.

“I take inspiration from a lot of things and you see Charles Oliveira, he just became the lightweight champion after, what, 10 years, 11 years? How many losses? How many wins? How many setbacks? How much being looked over? So that for me is a big factor, knowing that I’m 28, I haven’t been in MMA that long, only a few years, and I feel like I’m at my prime in the next year or two,” Till said (h/t MMAFighting.com).

Do you think Darren Till can make a Charles Oliveira-like run and become a UFC champion at middleweight after missing out on the belt at 170lbs?