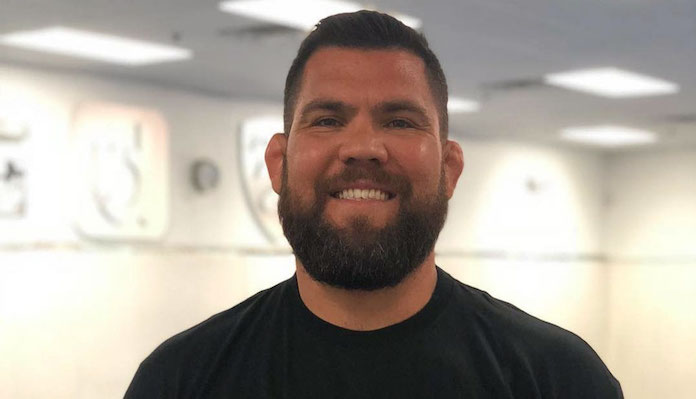 Drysdale came under heavy criticism from fans and media after he wouldn’t stop the fight between Rohskopf and Austin Hubbard, which kicked off Saturday’s event. After a competitive first round, Rohskopf — who took the fight on extremely short notice — began to tire badly in the second round and started to get teed off on by Hubbard. Instead of going out for the third round, Rohskopf decided to retire on the stood instead. However, Drysdale tried his absolute best to change his fighter’s mind before the TKO stoppage.

In a video statement released on his Instagram, Drysdale explained why he didn’t want to stop the fight and why he doesn’t regret his actions (via Nolan King of MMAjunkie.com).

“I stand by what I did. I gave him the mental coach that he needed. I would expect the exact same thing from him if he was in my shoes – or any of my coaches for that matter. I expect nothing but greatness from the people around me. If they’re critiquing me, that’s love. That’s true love. That’s the only way to show you care for someone. It’s to make sure they’re giving the best version of themselves,” Drysdale said.

“If he had been seriously injured, I would have been the first one to stop that fight. I would’ve stopped that fight before anyone else. No one cares about him more than I do other than his immediate family.

“He wasn’t seriously hurt. I know he was not in harm’s way. He was just frustrated. I was trying to give him a push so he overcame that frustration. I still believe he could have won the fight. I felt he won the first round. I don’t see how he lost the first round. He definitely lost (the second) round. I think he thought he could’ve turned it in the third. Even if not in an exciting matter, he could have won a decision. That’s what I was trying to get him to do.

What do you think about the video statement Robert Drysdale released?