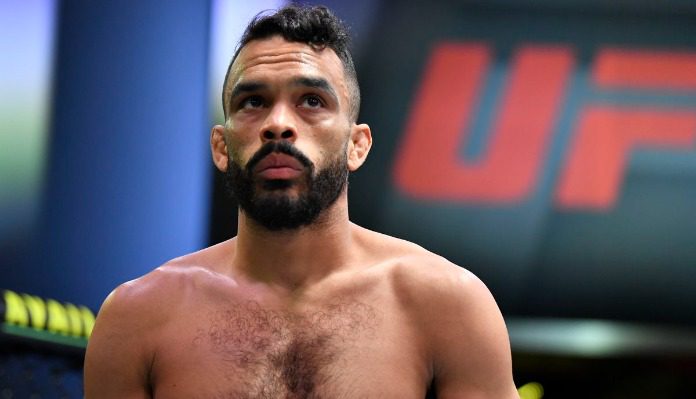 Rob Font figured he would be fighting Cory Sandhagen.

After Font lost to Jose Aldo and Sandhagen lost to Petr Yan, he thought the fight made sense and it was one that interested him. However, Font was offered to headline UFC Vegas 53 against Marlon Vera which did surprise him. Yet, he is eager for the challenge and is excited to headline another card.

“You were just as surprised as I was, as I was nowhere near thinking of fighting Chito, but we got the call and I show up and do my thing,” Font said on Just Scrap Radio on BJPENN.com. “I figured eventually (we would fight), we came into the UFC around the same time and I always have heard about him and seen him. We have fought on the same cards, but I just figured, you always want to fight the guy in front of you and I thought it made sense for me and Cory to fight because we are both coming off losses.”

Against Vera, Font knows he needs to avoid the leg kicks of Vera which is a key to ‘Chito’s’ success. Not only does Font need to be worried about the kicks, but he says if he can get his jab going he knows that will only build his confidence.

Along with that, Rob Font knows Marlon Vera likes to shell up and once that happens the plan is to overwhelm him. He also says his wrestling will be there as he saw Frankie Edgar have success using his wrestling against Vera.

“Just staying away from those kicks and making it awkward for him to kick. Messing with his timing and messing with his setups, just make it hard for him to hit and land anything. Just constantly being a moving target I think will be the key to this fight, once I jump in on him he covers up and shells up I can overwhelm him,” Font said.

If Rob Font can do everything he says, he knows it will be a good night for him. However, he says he still is prepared to go the distance at UFC Vegas 53 as Marlon Vera has never been finished in his career but Font thinks he could be the one to do it.

“I want to pull it out of him, I want to get him going and throwing make him make mistakes and capitalize on it. It’s hard to finish anyone at this level, especially a guy like Chito,” Font said. “If I can get him going and get him comfortable and start feeling like he can let loose and start landing stuff, I believe there will be a lot more leakage and opportunities for me to capitalize on his mistakes. We just have to stay busy and let him do his thing and counter it. The goal is to get in there and get him out as soon as possible, if I can finish this fight in one round I’ll be happy. But, I know he’s tough and he’s never been finished and it can go all five rounds and I will be ready for that.”

If Font gets his hand raised on Saturday night, he believes he is one win away from a title shot and thinks the Cory Sandhagen fight makes sense.

“I think so and I figured that will be the Cory fight,” Font said.