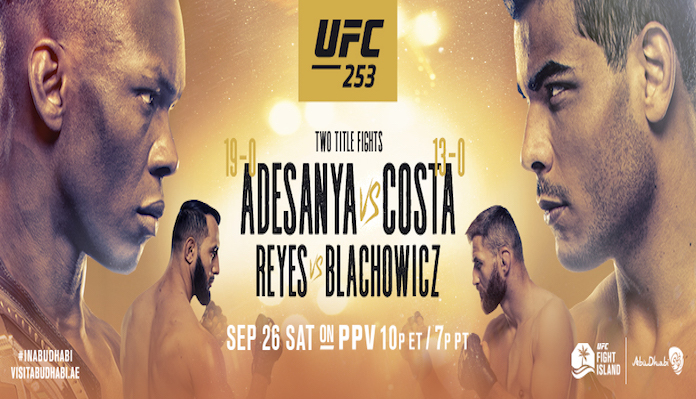 If the pay-per-view numbers being reported by Yahoo Sports are true, then last weekend’s UFC 253: Adesanya vs Costa event was a massive success.

It was thought by many that the highly anticipated middleweight title bout would produce a “fight of the year” performance. However, that did not prove to be the case as Adesanya defeated Costa with relative ease, scoring a sensational second round finish. 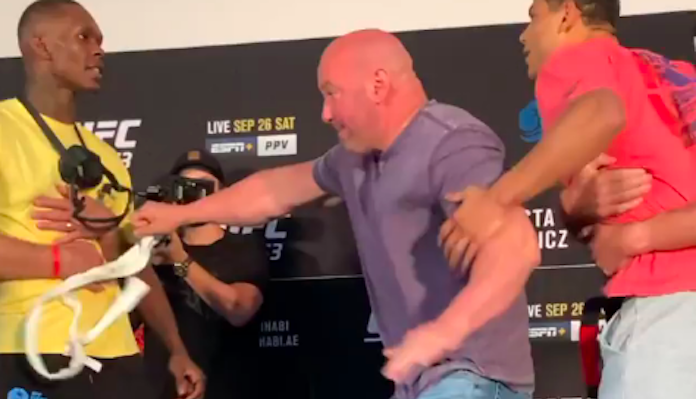 While the middleweight title fight may not have lived up to some fans expectations, it did result in drawing the promotion a ton of viewership.

As seen below courtesy of Jed Goodman, Yahoo Sports is reporting that September’s UFC 253 pay-per-view event did over 700,000+ buys worldwide.

Unfortunately for ‘The Devastator’, his second crack at UFC gold did not prove to be the charm as he ultimately fell victim to the Polish-power possessed by Blachowicz in Round 2 of the UFC 253 co-main event.

The changing of the light heavyweight belt marked the first time since March of 2011 that someone other than Jon Jones or Daniel Cormier has been recognized as the divisions champion.

In comparison to the UFC 253 pay-per-view buys being reported by Yahoo Sports, August’s UFC 252 fight card, which featured a trilogy between Stipe Miocic and Daniel Cormier, did just over 500,000 buys.

What do you think of the news that last weekend’s UFC 253: Adesanya vs Costa pay-per-view event was a massive success for the worlds leading fight promotion? Share your thoughts in the comments section PENN Nation!

This article first appeared on BJPENN.com on October 1, 2020