Blaydes (15-3 MMA) had entered the contest looking to rebound, this after suffering a nasty knockout loss to Derrick Lewis in his most previous effort. Prior to that setback, ‘Razor’ was on a four-fight winning streak which included a TKO victory over former title holder Junior dos Santos.

Meanwhile, Jairzinho Rozenstruik (12-3 MMA) was most previously seen in action back in June where he scored a TKO victory over Augusto Sakai. ‘Bigi Boy’ had gone 2-2 over his past four Octagon appearances ahead of tonight’s affair. 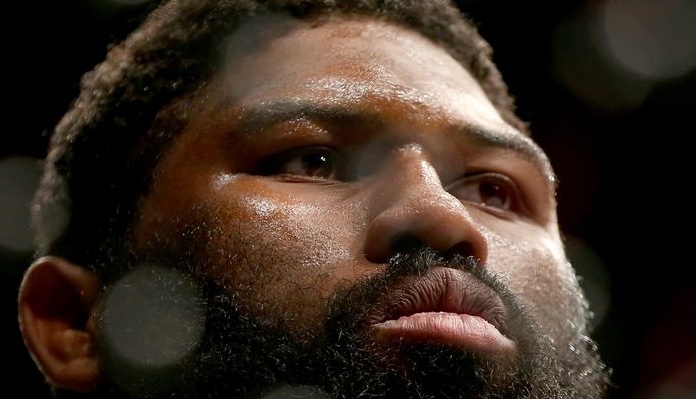 Tonight’s Curtis Blaydes vs Jairzinho Rozenstruik bout at UFC 266 proved to be a grueling three round affair. ‘Bigi Boy’ was able to bust up the face of ‘Razor’ with his striking, but Blaydes thoroughly dominated the three round contest with his wrestling.

Check out how the pros reacted to ‘Blaydes vs Rozenstruik’ below:

I’m taking @RazorBlaydes265 in this next one! I think the wrestling will be too much…..Who y’all got? #UFC266

Damn Blaydes up 2-0 easy but damn that eye is almost shut!!!

Who would you like to see Curtis Blaydes fight next following his victory over Jairzinho Rozenstruik this evening at UFC 266? Share your thoughts in the comment section PENN Nation!