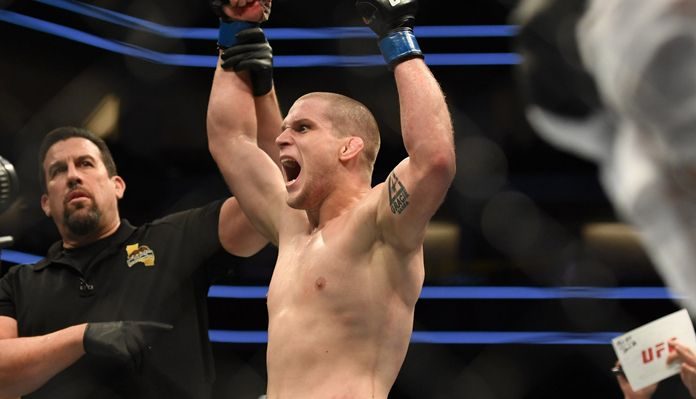 ‘Cowboy’ was originally scheduled to fight fellow legend Diego Sanchez this evening. However, that bout was scrapped after ‘The Nightmare’ received his walking papers from the promotion.

Cerrone (36-16 MMA) was looking to earn his first victory since May of 2019 when he took to the Octagon at tonight’s UFC Vegas 26 event. The former lightweight title challenger had fought to a majority draw decision in his most previous bout with Niko Price.

Meanwhile, Alex Morono (19-7 MMA) was returning to the Octagon for the first time since suffering a unanimous decision loss to Anthony Pettis this past December. Prior to that setback, ‘The Great White’ had outpointed Rhys Mckee at UFC Vegas 14 in November of 2020.

Tonight’s UFC Vegas 26 co-main event did not make it out of the first round. Alex Morono was able to rock Donald Cerrone with a right hand midway through the opening round and then promptly forced the referee to step in after landing a flurry of punches.

Check out how the pros reacted to Morono defeating Cerrone below:

This fight is going to be good!

I think Cerrone takes this. Morono isnt the most technical striker, but he’s super tough, and his durability is a weapon. Kinda like an Elkins durability. I like that Cerrone has been sparring again, and seemed focused to fight Diego, but still hungry with the opponent change

Damn that was brutal!

That was the best striking display from Morono I’ve ever seen. Clean and much more technical and precise. I thought Cerrone was gonna win that one. #UFCVegas26

Who would you like to see Alex Morono fight next following his TKO victory over Donald Cerrone this evening in Las Vegas? Share your thoughts in the comment section PENN Nation!