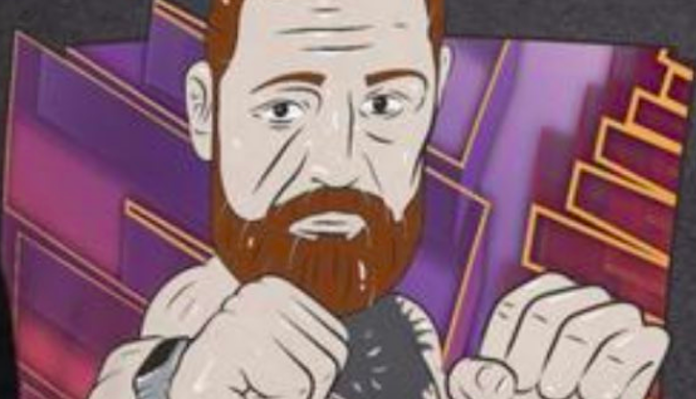 Conor McGregor is set to return to the Octagon in the main event of UFC 246 on January 18 in Las Vegas, where he’ll take on Donald “Cowboy” Cerrone in a compelling welterweight scrap. Like all UFC fighters, McGregor will make his walk out to the cage in Reebok gear.

Unfortunately, his newly released Reebok walk-out shirt is not getting a very positive response from the MMA community.

I really don’t know how to feel about this design. pic.twitter.com/8h5R4qQBtm

The backlash to this McGregor design was immediate, thanks in large part to a Retweet from veteran MMA analyst Luke Thomas.

See some of the reactions below.

I think after all these years, the one constant in Reebok shortcomings is they don't do creative well. They've got some stuff that's simple and clean, but when it comes to creative design, they're just not good at it.

And it looks more like Bryan Cranston than Conor McGregor. 🤣

my dude is looking tired as hell

Wait. Conor McGregor is really walking out in this shirt?

Say what you will about him, but he clearly takes fashion pretty seriously. Legitimately can't fathom him walking out with this Bitmoji lookin ass print on his shirt… https://t.co/ttZzW79VkG

Surprisingly, the Reebok website claims that the famously fashionable McGregor actually signed off on this design.

“Get ready for UFC 246 in Las Vegas by grabbing this Authentic UFC Conor McGregor Legacy Series Walkout Jersey designed in collaboration by McGregor and Reebok,” the description for the shirt reads.

If you disagree with the Tweeters above like this shirt, it can be yours for $60.00.

Conor McGregor has not fought since October of 2018, when he was submitted by Khabib Nurmagomedov in a bid to reclaim the UFC lightweight title. His next most recent fight before that was a boxing match with Floyd Mayweather Jr., while his second most recent MMA fight occurred all the way back in 2016, when he knocked out Eddie Alvarez to claim the UFC lightweight title. Because he still held the UFC featherweight belt at the time, this made him the first fighter in UFC history to hold titles in two divisions concurrently. He’s 21-4 in MMA competition.

What do you think of the shirt Conor McGregor will be wearing at UFC 246? Are you a fan, or is the blowback warranted?