BMF title holder Jorge Masvidal (35-13 MMA) just went and got tested for Covid-19 amidst rumors of a potential return to the Octagon.

Yesterday evening it was announced that Gilbert Burns had contracted the Coronavirus and was thus forced to withdraw from his scheduled UFC 251 title fight with reigning welterweight champion Kamaru Usman.

Shortly after that news broke, Jorge Masvidal, who was originally targeted to fight Usman, shared his interest in replacing Burns on short notice.

This afternoon Kamaru Usman would take to Twitter where he seemingly suggested that a fight with ‘Gamebred’ could be next.

With rumors running wild, Masvidal’s manager added more gas to the fire when he shared the following photo of Jorge being tested for Covid-19 just an hour ago (via Chisanga Malata).

It looks like we could be in business, folks 👀👀#UFC pic.twitter.com/ZdCyOSRJYy

Jorge Masvidal was most recently seen in action at November’s UFC 244 event, where he scored a TKO victory over Nate Diaz to claim the promotions inaugural BMF Title.

That victory marked ‘Gamebred’s’ third in a row, as he had previously scored sensation knockout wins over Darren Till and Ben Askren respectively.

Meanwhile, Kamaru Usman was most recently seen in action at December’s UFC 245 event in Las Vegas, where he earned a fifth round TKO victory over Colby Covington.

As of this moment it seems highly unlikely that Jorge Masvidal will square off with Kamaru Usman at next weekend’s UFC 251 pay-per-view event. The promotion already informed Max Holloway and Alex Volkanovski that their rematch had been promoted to main event status. 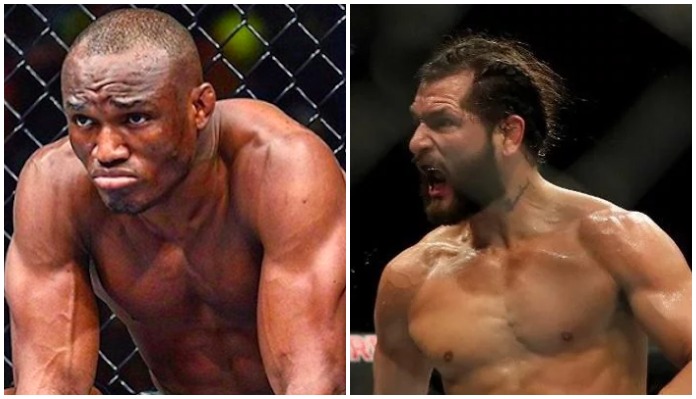 With that said, there is a good chance we could see ‘Gamebred’ challenge ‘The Nigerian Nightmare’ in the near future. Well, that is if the UFC and Masvidal can finally agree to terms financially.

Would you like to see Jorge Masvidal get the next shot at Kamaru Usman now that Gilbert Burns will be out of action for the foreseeable future? Share your thoughts in the comments section PENN Nation!

This article first appeared on BJPENN.com on July 4, 2020