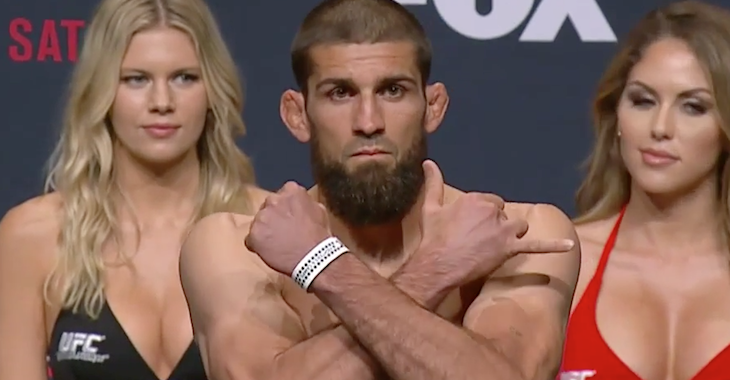 The UFC’s former interim welterweight champion, Condit (31-13 MMA), had entered tonight’s fight with McGee in hopes of snapping a five-fight losing skid. ‘The Natural Born Killers’ had not scored a win since defeating Thiago Alves way back in May of 2015.

Meanwhile, Court McGee (19-10 MMA) also entered UFC Fight Island 4 in desperate search of a victory. The TUF 11 winner had dropped two fights in a row and four of his past five overall headed in to tonight’s collision with ‘NBK’.

Tonight’s Carlos Condit vs. Court McGee fight proved to be a back and forth affair. Condit was able to drop McGee with a punch at the very end of the opening round which appeared to break Court’s nose. Although McGee was able to keep the fight competitive through rounds two and three, he did not receive a single round from the judges in attendance after fifteen minutes of action.

Take a look at that gnarly photo courtesy of @MMAOdds on Twitter below: