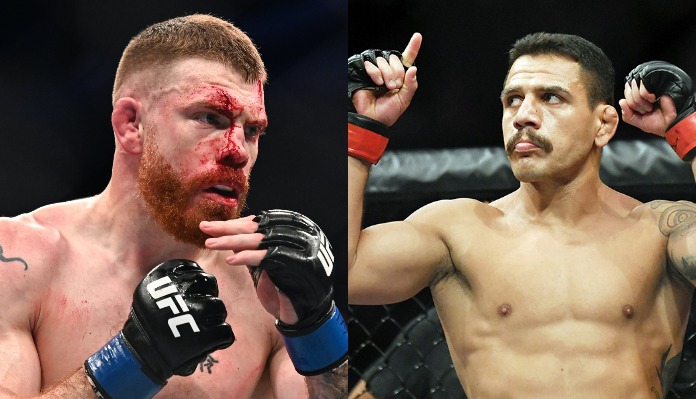 When the judges scored Rafael dos Anjos vs. Paul Felder at UFC Vegas 14 as a split decision, it was a shocker for almost everyone watching.

However, when the scorecards were read, two of the judges gave 50-45 to dos Anjos and one gave it 48-47 for Felder, handing dos Anjos a split decision victory. While the fight was closer than the 50-45 scorecards indicated, it’s nearly impossible to find three rounds to give Felder, leading to controversy when the judges’ decision was read.

Below, take a look at the official scorecards for dos Anjos vs. Felder via the UFC.

Judges Sal D’Amato and Derek Cleary both scored the fight 50-45 for dos Anjos, which are acceptable scorecards. However, Chris Lee scoring the fight 48-47 for Felder is a massive stretch and made what should have been a clear unanimous decision a sweat. Although you could have given Felder the fourth round as Lee did, giving him the second and third rounds just doesn’t seem very plausible. This was a fight that was clear for dos Anjos, and yet the judges nearly cost him the fight with some questionable judging.

Fortunately, the two other judges did score the fight for dos Anjos, so the correct winner got his hand raised. But the fact that this was such a sweat makes it even more obvious that something needs to be done with judging. Whether it’s tweaking the scoring system or holding the judges accountable for bad scorecards, something needs changing.

How did you score Rafael dos Anjos vs. Paul Felder?