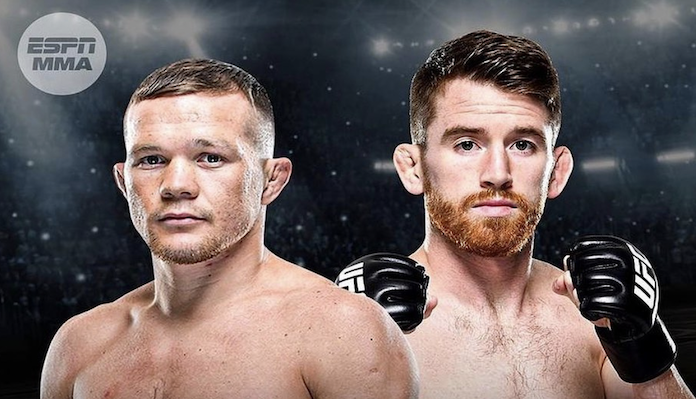 Yan and Sandhagen met in the co-headliner of UFC 267 in what was easily one of the best fights of the year. Both men stood in the center of the Octagon and traded shots for nearly the entire 25 minutes in what was an all-out war. While Sandhagen fought as hard as he could for the entire five rounds, ultimately it just was not his day at the office. For Yan, he won 49-46 unanimously on all three of the judges’ scorecards to capture the interim belt. He will next face his rival Aljamain Sterling in a title unification bout sometime next year.

Speaking to reporters following UFC 267, Yan reacted to his latest title fight victory. Ever the stoic man, Yan just pointed to his title and said that his gold belt speaks for itself.

“As you see, I have a belt, and it says everything. I’m not going to praise myself sitting here,” Yan said (via MMAjunkie.com).

As far as the fight with Sandhagen goes, Yan said that while he was content with getting the victory, there was still a bit of an empty feeling, likely due to not getting the stoppage.

“I’m a little bit feeling empty emotionally after the fight. Of course, if fans consider it a great fight, I’m happy,” Yan said.

Yan now has the interim belt, so he will take on Sterling in a grudge match between bitter rivals next year. Despite not being the “true” champion, Yan will likely be favored to win the rematch with Sterling as he was in control of their first fight before landing an illegal knee.

Do you think Petr Yan will defeat Aljamain Sterling and unify the bantamweight belts when they meet in their rematch in 2022?