Petr Yan explains why reported matchup with Marlon Vera didn’t happen: “He didn’t put his actions where his words were”

‘No Mercy’ has been out of action since his rematch with Aljamain Sterling in April. Over a year after their controversial disqualification, Yan headed into the second outing as a huge favorite. However, ‘Funk Master’ flipped the script and won by split decision.

Now, the former bantamweight champion is set to return at UFC 280 on Saturday. Standing opposite Yan will be the rising star, Sean O’Malley. While it’s an exciting bantamweight clash, it wasn’t originally slated for the pay-per-view.

Originally targeted was Petr Yan vs. Marlon Vera. While that was targeted for September, it didn’t come to fruition due to scheduling issues. ‘Chito’ wound up fighting Dominick Cruz in August, and later went after Yan for turning down the fight.

The former champion has now discussed the failed booking on The MMA Hour with Ariel Helwani. There, Yan makes it clear that he wanted the matchup, but it was Vera who ultimately turned down the fight. He also stated that if his foe wanted the fight that bad, he could’ve waited a few weeks. 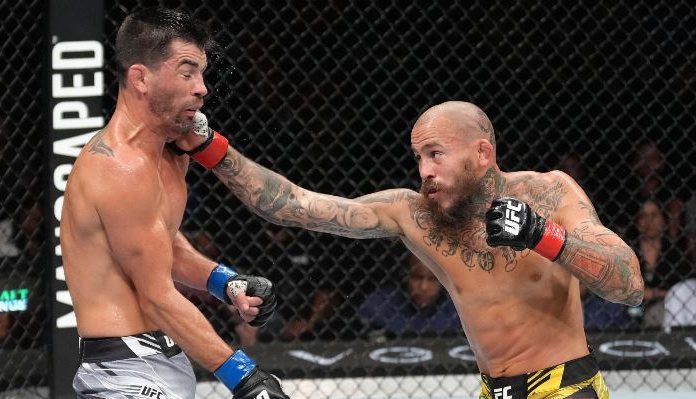 He continued, “If he really wanted to fight me, he’d wait for me. Three weeks is not a very long time. If you want to fight with the number one ranked [contender], it was a problem on his end.”

While Marlon Vera might’ve missed out on a matchup with the former champion, he’s recently been linked to a clash with Cory Sandhagen next.

What do you think about Petr Yan’s comments? Do you think he’ll defeat ‘Sugar’ at UFC 280? Sound off in the comment section below PENN Nation!

This article appeared first on BJPENN.COM
Previous articleAljamain Sterling’s coach Ray Longo believes T.J. Dillashaw’s PED history is a relevant narrative heading into UFC 280: “He’s a convicted cheater”
Next articleDana White announces Alex Volkanovksi will fight for the UFC lightweight title next and that the winner of Yan vs. O’Malley will receive next bantamweight title shot
© Newspaper WordPress Theme by TagDiv