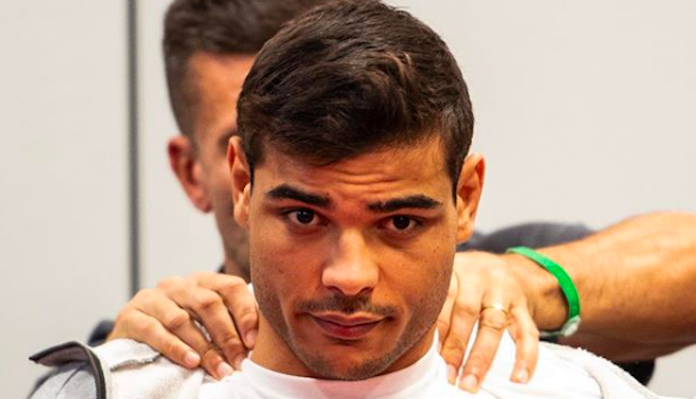 Paulo Costa has a message for UFC middleweight champion Israel Adesanya ahead of their upcoming title fight, scheduled for UFC 253 on September 26.

Costa addressed Adesanya on a recent episode of Submission Radio.

In this interview, he questioned the approach Adesanya took in his March decision victory over Yoel Romero, which was widely panned by fans.

“You are not a real champion man, you don’t deserve, I will kill you.”@BorrachinhaMMA sends a message to Israel Adesanya 👀

“I have just one question,” Costa began. “Adesanya, why you freezing when you face Romero? You’re not a real champion, man. You don’t deserve. I will kill you.”

Like Adesanya, Costa is also riding a decision win over Romero. However, his victory over the Cuban juggernaut was widely hailed as one of the most exciting fights of 2019.

The UFC 253 middleweight title fight between Costa and Adesanya, who are both undefeated at 13-0 and 19-0 respectively, is one of the most anticipated features on the UFC calendar.

Ahead of the fight, the two middleweights have traded plenty in the way of pre-fight trash talk. While Costa fired the latest volley, Adesanya had lots to say about his rival during an appearance on ESPN’s SportsCenter last week.

Who do you think will come out on top when Paulo Costa challenges Israel Adesanya at UFC 253?