‘Bearjew’ has been out of action since a decision defeat to Volkan Oezdemir last July at UFC London. That defeat was a devastating one for Craig, as it snapped a six-fight winning streak for the Scottish fighter. He previously defeated names such as Shogun Rua and Nikita Krylov in that stretch.

However, the best victory from that winning streak likely came at UFC 263 in June 2021. Craig faced the rising contender Jamahal Hill on the main card, where the jiu-jitsu ace dominated. He wound up scoring a first-round stoppage over ‘Sweet Dreams’, dislocating his arm in the process.

Both men are now set to return at UFC 283 in very different situations. Since that clash in 2021, Hill has won three straight by the way of the finish. In the process, he earned a light-heavyweight title shot and will face Glover Teixeira in the main event on Saturday.

Meanwhile, Paul Craig is slated to face Johnny Walker on the main card, having had his winning streak ended last year. Despite coming off a defeat, he’s hopeful he could potentially get a rematch with Hill after this Saturday if both men win. 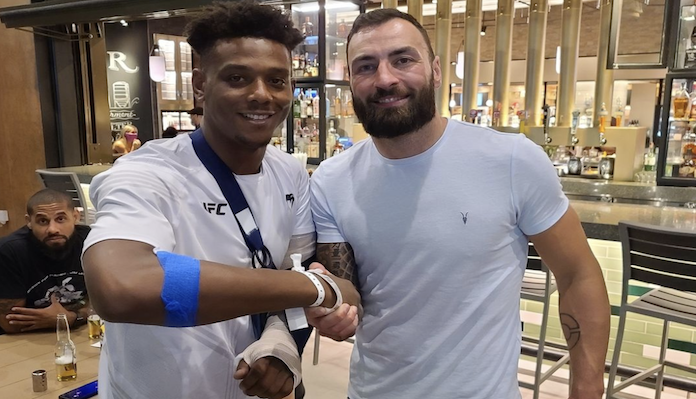 “Dana White comes out and says Jamahal Hill’s getting the title shot… So, the way that light heavyweight’s sitting, I need to get a victory in my next fight,” Craig said in a recent interview with Fanatics View. “I need to get back out and get in that winning column again, so when that opportunity comes around and they go, ‘You know what? Jamahal Hill’s just beat Glover and the only person who beat Jamahal Hill is Paul Craig, let’s see if we can set that fight up,’ that’s ideally a great situation.” (h/t MMA News)

“I believe it’s gonna end probably in the first round… via strikes [for Hill],” Craig continued. “Coming off my loss to Volk, I don’t think it’s a bad loss. I went three rounds with a guy who knocks people out… I believe had that fight gone the other way, it’s probably my name in that [title] mix… So that one fight has changed my path slightly. But, I do believe it’s set me on a better path. I believe a win over Johnny Walker puts my name back in that mix.”

What do you make of these comments? Are you excited about UFC 283? Sound off in the comment section below PENN Nation!

This article appeared first on BJPENN.COM
Previous articleBelal Muhammad fires back at Gilbert Burns after ‘Durinho’ accuses him of turning down a fight: “You have one ranked win and I have 4”
Next articleGilbert Burns hopes MMA promotions get more serious about healthcare after witnessing Damar Hamlin’s injury in the NFL
© Newspaper WordPress Theme by TagDiv