‘The Eagle’ had recently made headlines when he dubbed ring girls as being “useless” in mixed martial arts.

“Look, I don’t want to offend anyone, ring girls are the most useless people in martial arts,” Nurmagomedov said during a Moscow press conference. “What is their purpose? I have a question. You can show that it is the second round on the screen. I realize that is a history. History knows many mistakes. We read history to avoid mistakes of the past in the future. If we look in the history, it says they are useless. That is my personal opinion.” 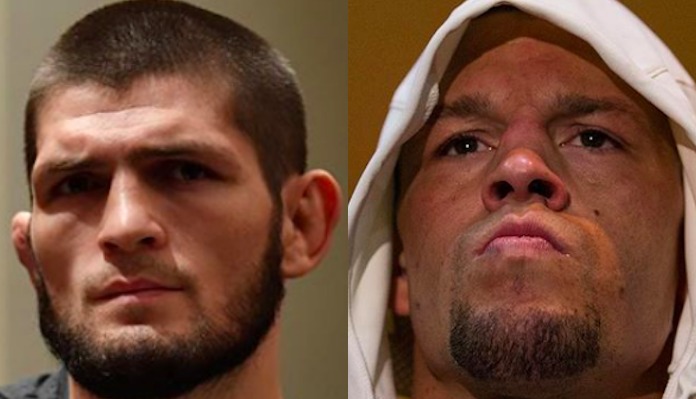 As for Arianny Celeste, the veteran UFC ring girl shared the following message on her official Instagram account.

“I’ve work over 15 years in this industry and learned it’s easier just to simply NOT CARE. For 15 years we have been more than just ring girls – we have dedicated time in promoting UFC and showing love and time to our die hard fans through touring the world and personal appearances . And while the world is very different right now , I can still feel that energy and love every time we have a show with an audience.”

It’s taken me 15 years (same time as Nate Diaz) of hard work, dedication, and time to be:

•A bad ass independently wealthy female.
•A real estate investor and owner of not just 1 but 3 homes/properties one located in LA -which is expensive AF.
•And a female who is not afraid to take risks and build for my future.
You can call us useless, but to people like me who have worked this hard, it slips right off my shoulders. My life is too good to be unhappy.
–
You don’t have to like me, but you will respect me.
–
Last but not least, please tell me why reporters and have nothing better to talk about than the ring girls ? There has to be way better things to ask about!!
–
Next subject. 🎤

What do you think of the responses from Nate Diaz and Arianny Celeste after Khabib Nurmagomedov dubbed ring girls as being “useless” in MMA?