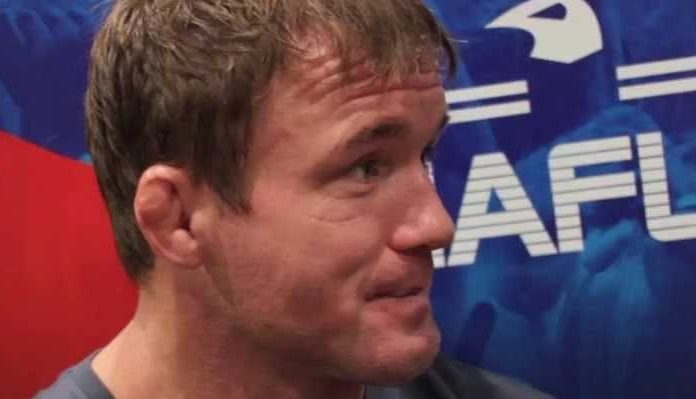 UFC legend Matt Hughes has responded to the comments made by Colby Covington during his post-fight interview with Jon Anik.

After his dominant decision victory over Hughes’ former teammate Robbie Lawler, Covington took to the mic where he delivered the following controversial comments.

“Let’s talk about the lesson we learned here tonight. It’s a lesson Robbie Lawler should have learned from Matt Hughes. You stay off the track when the train is coming through.”

If you recall, Matt Hughes was seriously injured during a train accident in June of 2017. That collision left the UFC Hall of Famer with head trauma and lifelong injuries.

With that said, many fans and analysts did not take well to the comments made by Colby Covington in his post-victory interview.

Remarkably, the former UFC welterweight champion, Matt Hughes, did not seem to take any offense to Colby’s seemingly tasteless comments.

Hughes issued the following statement on the matter on his official Instagram page.

“Not sure if Colby Covington should have used my accident as fuel for his post-fight trash talk, but that was one heck of a fight. Nice win for American Top Team, and Robbie Lawler always puts on a good fight. Reminder though, this is the fighting world. People trash talk and you gotta have thick skin.” Hughes wrote on Instagram.

Meanwhile, Matt Hughes continues to battle back from the injuries he suffered in that horrific train accident in the summer of 2017.

Hughes has made remarkable strides since the injury, and continues to lead by example with today’s response to Colby Covington.

What do you think of Matt Hughes reaction to Colby Covington’s post-fight commments? Sound off in the comments section PENN Nation!