Former UFC fighter Marcus Davis says he wasn’t paid a cent by Premier FC for his first round finish this past November.

Courtesy of Alan Murphy of ‘Murphy Sports Marketing’, Marcus Davis shared through a Facebook thread, which Murphy duplicated on Twitter, that he’s not been paid a cent by Premier FC:

“Zero, been two months, haven’t paid me 1 cent,” Davis said when asked if he’d been paid. “They ghosted me for the past 25 days. I reached out to them today to let them know I was going public. Only to have the CEO threaten me with an attorney if I spoke out. The claim is they took on an investor that after his check cleared the bank, the fed froze the account because the investor had ties to terrorism.”

Premier FC 32 had Marcus Davis up against Stephen Stengel (4-16 MMA), the outcome being a first round finish for ‘The Irish Hand Grenade’ (see that here). 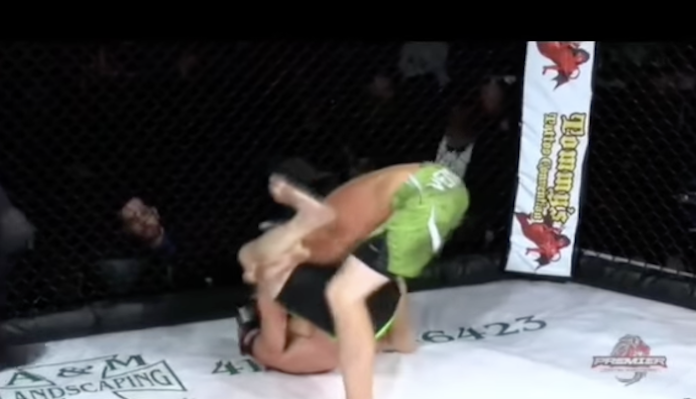 Needless to say Davis is not happy that he has not been compensated, through no fault of his own, he fought the fight and won. The cheque should have been forthcoming. Whether the promotions account has been frozen or not, and whether Premier FC has its own legal problems, Davis just wants to get paid.

Marcus, even though threatened by Premier FC’s CEO with legal action if he went public with the claim, has done just that.

Premier FC has made no comment to date on Davis’ comments.

Davis is best known for competing in the UFC from 2006-2011 defeating notables including Chris Lytle, Paul Taylor, Pete Spratt and Paul Kelly. Marcus also has a long list of other credits to his name completing for Bellator MMA, the MFC, the Cage Fury Fighting Championships and as a contestant on The Ultimate Fighter 2.

It’s hard to say what will be next for Marcus Davis. Will he continue to fight after his November win? Will he choose to go back into retirement? And ultimately will he get paid by Premier FC? Share your thoughts in the comment section PENN Nation!