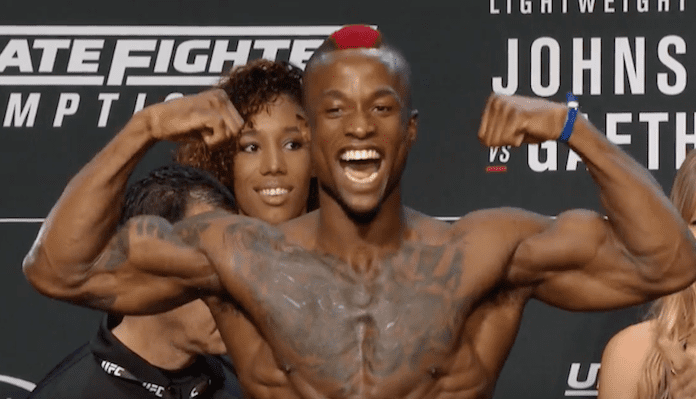 Diakiese was returning to the Octagon following a year-long layoff since he lost a decision to Rafael Fiziev on Fight Island last year. Despite the layoff, Diakiese entered this fight with Alves as a moderate betting favorite, mainly due to his superior UFC experience and strength in schedule, plus the fact that Alves lost his only fight in the UFC to this point. However, Diakiese was upset when he got dropped by a flying knee and then choked out with a guillotine by Alves less than two minutes into the first round. It was an incredible victory by Alves, while for Diakiese it was a disappointing way to return to the UFC.

Taking to his social media following UFC Vegas 42, Diakiese issued a statement following his defeat where he made no excuses for the loss and took all responsibility for it.

I didn’t even get to fight no apologies, I owed it to myself and nobody else. Thank you to those that showed true support.

Diakiese has an overall record of 5-5 in the UFC now following this victory, so it’s possible this could be the last time that we see him step into the Octagon. Although he has had some great fights in the past, he has been inconsistent overall with his performances and there is no sure thing that he gets another crack at getting a win inside the UFC. However, with the world opening back up, it’s possible the UFC could go back to England next year, so it would make sense to keep Diakiese on the roster for at least that card if it happens.

What do you think is next for Marc Diakiese following his loss at UFC Vegas 42 to Rafael Alves? Do you think the promotion will keep him on the roster or release him from his deal?