Luke Rockhold has called out Dana White for “belittling” his fighters, this while suggesting the UFC President previously tried to beat him down mentally.

White recently made headlines when he suggested that former UFC light heavyweight kingpin Jon Jones should consider dropping down to middleweight after Francis Ngannou captured the promotions heavyweight title at UFC 260.

That notion of course did not sit well with ‘Bones’ who said he just wants to paid his fair share for the proposed Ngannou super-fight. Dana White then took things a step further when he insinuated that Jon Jones didn’t really want to fight ‘The Predator’, or else he would have called already. 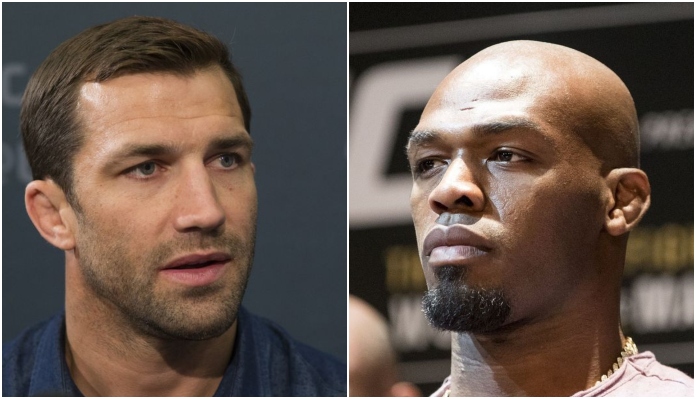 For Luke Rockhold, the recent bully-style negotiation tactics displayed by the UFC President are nothing new. The former middleweight champion was a recent guest on the Rippin’ It podcast, where he revealed that Dana White had previously tried to beat him down mentally following his UFC 199 title loss to Michael Bisping.

“Fighting is like a mafia. They have these very mafioso-type tactics in negotiations, they try to f–k with you. I’m not having any of it,” Rockhold explained (transcription via BroBible). “If you don’t know your worth someone will tell you your worth and it’ll be less than your worth, so know your worth. Once I lost the world title, Dana White came up to me and tried to beat me down mentally and I was like ‘f–k you,’ straight up. I was like I’m going to go do my own thing, if you’re going to try and offer me this and that bull–it, you know who I am and what I did, that’s the only reason I went out and got a modeling contract so I could leverage myself.”

Luke Rockhold continued and proceeded to dub the UFC boss as a “tyrant”.

“We don’t have the governing body. We’ve got an egotistical guy that’s a bit of a tyrant,” Rockhold said. “No one is going to try and fight you, you’ve got to put your ass on the line, stand your ground, take risk, otherwise you get treated like a b–ch. It’s unfortunate, a guy like that, he thinks he can fight, he thinks he’s a fighter. I don’t understand why he’s trying to belittle all the fighters when you’ve never fought a day in your life. You’re a promoter. We need a governing body to give people what they deserve, he doesn’t play the game right.”

In a recent interview with TMZ Sports, Luke Rockhold provided an update on his proposed MMA comeback.

“I think realistically I think this summertime, a late-summer return. I just gotta get my body right. My shoulder’s been an ongoing issue but it’s finally coming around. I’m getting to the point where I have confidence in it to let it go. I’m pressing. I’m pressing to get into shape. It feels good. It feels good to get back in the gym. I’m finally getting a little fire back!”

What do you think of the recent comments from Luke Rockhold regarding UFC President Dana White? Share your thoughts in the comment section PENN Nation!