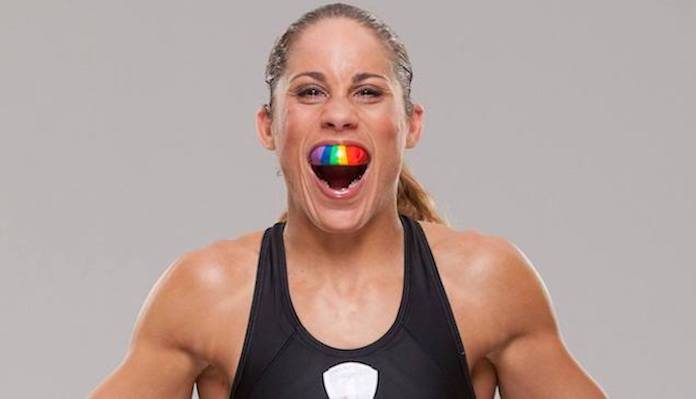 Former UFC women’s title contender Liz Carmouche says she was “pained” by the fashion in which the world’s biggest MMA promotion cut her from its roster.

On Friday, news broke that Carmouche had been released by the UFC despite the fact she just fought Valentina Shevchenko for the UFC women’s flyweight title over the summer. Not only that, but Carmouche was in Washington, D.C. with the UFC supporting the troops.

Speaking to MMAjunkie.com, Carmouche talked about the emotions of being let go.

“A little bit pained. They brought me out here and they had me doing a lot of media obligations. I mean, I went to the Arlington ceremony, was part of the wreath ceremony. They brought me out as a veteran and as a fighter. Today they had me going to the hospital and talking to different people in different wards, only to find out I had been released earlier. The news only just trickled down to me,” Carmouche said.

“It’s a little bit insane that you would (cut me). I took time off of work at my own pocket expense. It’s a little bit sad that it would be done that way instead of I’m here with the UFC, anyone could have spoken to me first hand and hear it from my management team. It definitely sucks.”

Despite being released, Carmouche says she is optimistic about what the future holds for her.

“There are a lot more positive things in my future. There have been different organizations that have contacted me for years now. I’ve just expressed my loyalty to the UFC and staying with the organization. Now I can actually be a free agent and kind of just see what the best opportunity is, who’s going to have the best fighters. At least I’m going to look forward to that aspect of it,” Carmouche said.

Carmouche was one half of the first women’s fight in MMA history when she fought Ronda Rousey at UFC 157 for the UFC women’s bantamweight championship. She lost that fight by armbar, but not before giving Rousey a run for her money and nearly submitting her with a neck crank in what would have changed the entire history of women’s mixed martial arts.

Carmouche holds a 13-7 overall professional MMA record, including a 5-5 record overall in the Octagon. Now that she’s a free agent, expect promotions such as Bellator, RIZIN, ONE Championship and Invicta FC to be in contact with her.

What did you make of the UFC cutting Liz Carmouche?