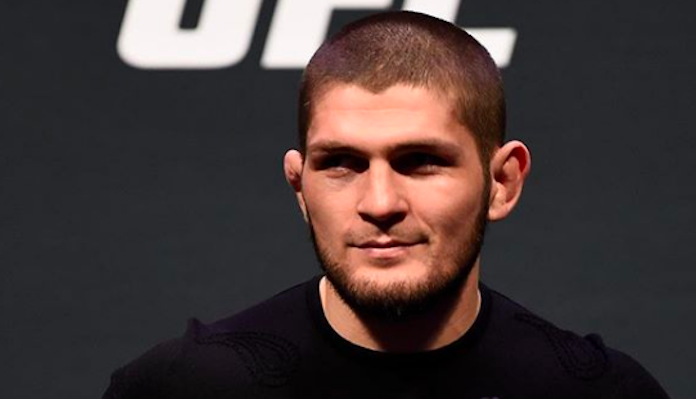 Khabib Nurmagomedov has been a dominant force at lightweight and many want him to move up to welterweight at some point, but the UFC lightweight champion has shot down any idea of him moving up a weight class anytime soon.

Speaking at the UFC 242 press conference on Wednesday in London, Nurmagomedov told the media that he has no interest in moving up to 170lbs to fight that division’s champion Kamaru Usman.

In some ways this is disappointing news as Nurmagomedov moving up in weight would open up the possibilities of all sorts of intriguing fights, especially a matchup between two of the best wrestlers in the sport in Nurmagomedov and Usman. On the other hand, it makes sense that Nurmagomedov would want to focus his efforts solely on the lightweight division as he has numerous challengers left to fight him at 155lbs.

Nurmagomedov takes on Dustin Poirier in the main event of UFC 242 in September, and a fight against top-ranked contender Tony Ferguson next makes a lot of sense. Nurmagomedov also said he wants to fight Georges St-Pierre, but with GSP having recently retired from the sport that fight doesn’t seem likely to happen anytime soon.

It’s possible that money could talk and Nurmagomedov could change his mind in the future, but for now he has his eyes set on the lightweight division and taking out all the challengers there before making the move up to welterweight and fighting bigger men.

Does a champion vs. champion fight between Khabib Nurmagomedov and Kamaru Usman interest you?