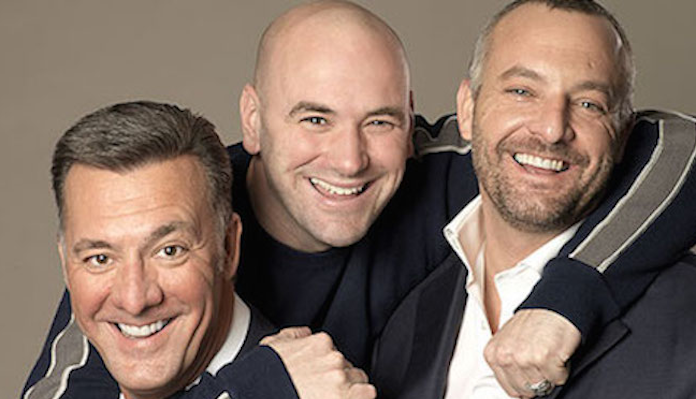 Just a few days ago, former UFC owner Lorenzo Fertitta said he was interested in potentially owning an NFL team down the road once an opportunity arises. Now, it appears his former business partner Dana White wants to join him in that venture.

The UFC President recently spoke to TMZ Sports and said that if Lorenzo and his brother Frank purchase an NFL team that he would be interested in partnering with them.

White is currently under a long-term contract with Endeavor to be the president of the Ultimate Fighting Championship and still has some ownership shares in the UFC. However, the allure of his good friend and long-time business partners owning an NFL team are something that is very intriguing to White, who is a huge New England Patriots fan.

He’s convinced it’s just a matter of when, not if, that Fertitta will own a team in the NFL.

“He is absolutely, positively going to be an NFL owner someday,” White said of Lorenzo Fertitta.

Although no opportunities to own an NFL team are out there are the moment, Dana White said that hasn’t stopped the Fertittas from conveying their interest to NFL commissioner Roger Goodell. While the Fertittas struck out on potentially buying the Carolina Panthers last year, that doesn’t mean they aren’t still trying. So the next time you see an NFL team up for sale, you’ll be sure to see the Fertittas names mentioned in the mix of potential owners.