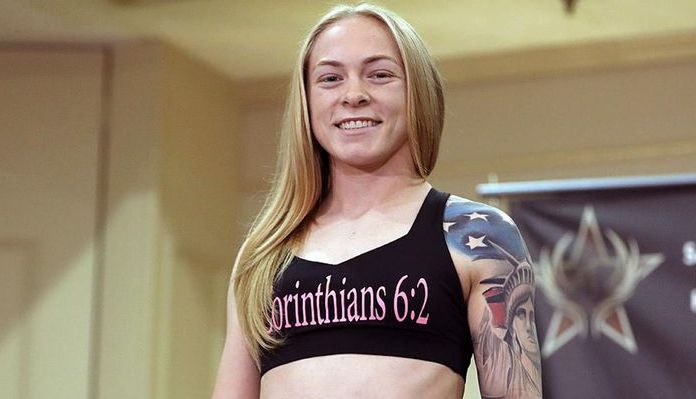 Hansen is one of the top prospects in the women’s strawweight division and McKenna isn’t far behind her, so it’s not a surprise these girls delivered. In an action-packed fight to kick off the main card at UFC Vegas 14, Hansen and McKenna fought valiantly for the full 15 minutes in what was a closely-contested but seemingly clear win for Hansen. Most watching believed that Hansen had done enough to win the fight. The judges disagreed.

On MMADecisions, you can see the judges’ official decision, which had them giving the decision to McKenna 29-28 across the board with all three judges awarding her the first two rounds. However, the media disagreed completely. Out of the 16 media panelists polled, 14 of them gave the decision to Hansen, and only two gave it to McKenna. BJPenn.com scored the fight 29-28 for Hansen, giving her rounds one and three.

Taking to her social media, Hansen released a statement where she said she was ready to move on after the decision loss, though she personally felt she won the fight 29-28.

I’m blessed to live the life I love. Thank you to everyone at @classicfightteam and @coach_lou_ for everything this camp. I can’t describe how thankful I am for this camp and everyone involved. I cannot wait to climb to the top with you guys by my side. Only the beginning(Personally thought I won the 1st and 3rd but we bite down and we keep climbing)

Despite the loss, it was still a good showing for Hansen. Though she drops to 1-1 in the Octagon, she is just 21 years old and has lots of potential in this sport. Look for the UFC to book her for a quick turnaround fight in the early part of 2021 as she looks to gain experience.

Do you think the judges robbed Kay Hansen?