Josh Thomson shares the one fighter capable of dethroning UFC lightweight champion Islam Makhachev: “He’s the only one”

Josh Thomson is sharing the one fighter he feels is capable of dethroning UFC lightweight champion Islam Makhachev.

Islam Makhachev (23-1 MMA) is set to battle it out with featherweight title holder Alexander Volkanovski (25-1 MMA) on Saturday, February 11th at UFC 284. The lightweight main event title bout will take place at the RAC Arena in Perth, Australia.

The former UFC lightweight, Josh Thomson (22-9 MMA), recently shared who he believes could dethrone the current champion and it isn’t Volkanovski.

Josh Thomson, speaking on his podcast ‘Weighing In’ had this to say (h/t Sportskeeda):

“The only one would be Dariush, that’s it… He’s the only one that I think has the style to beat (Makhachev). He’s so unorthodox. He doesn’t fight like a normal fighter. ‘You want to stand and trade with Islam? I’ll take you down. You want to wrestle with me? I’ll stuff your takedowns and force you to stand.’ Dariush doesn’t give a f**k where you take the fight.”

Beneil Dariush (22-4 MMA) is currently on an eight-fight winning streak, his latest victory coming against Mateusz Gamrot (21-2 MMA) in October of last year at UFC 280.

“He does it in a very wild, crazy way. You’re not expecting someone to go granby roll right out of something into a leg lock into a sit up and sweep… He’s not trying to allow you to lock your hands around his body and get you taken down… He’s gonna give up position and he’s gonna fight at a pace that Islam – I know he’s always in phenomenal shape – but he likes to slow it down.” 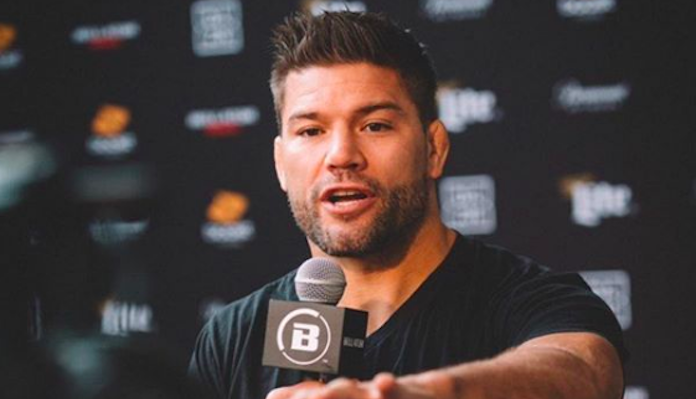 Thomson believes Dariush would have faced Makhachev in his first title defence had it not been for featherweight champion Alexander Volkanovski getting the opportunity to become the fifth double champ in UFC history at UFC 284.

Do you agree with the 45-year-old Josh Thomson that Beneil Dariush is the one fighter who could take down Islam Makhachev?

This article appeared first on BJPENN.COM
Previous articleFormer UFC and Bellator fighter Cain Carrizosa arrested for multiple charges including third-degree domestic violence
Next articleDustin Poirier still hopeful Michael Chandler will be “honest” about what he did at UFC 281: “I don’t want an apology. It doesn’t mean anything to me”
© Newspaper WordPress Theme by TagDiv