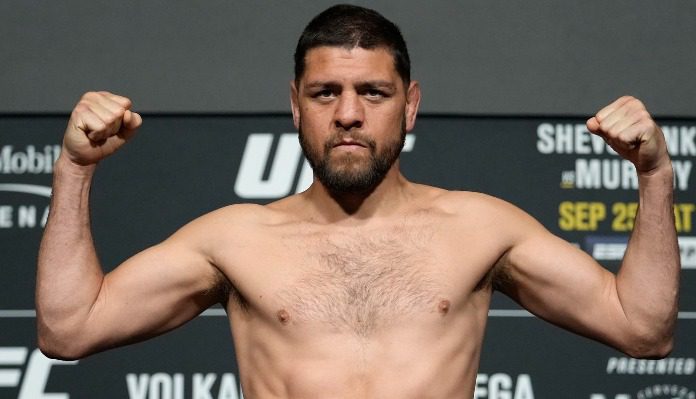 John McCarthy expressed his thoughts on seeing Nick Diaz get a title fight next.

McCarthy, 59, the former legendary UFC referee, during a ‘Weighing In’ podcast with Josh Thomson, discussed what he believes should be next for Nick Diaz.

“When Nick came back to the UFC, that was the fight that they should have made right away.”

Nick Diaz, 38, may want a UFC title shot but that would mean a fight with Kamaru Usman (20-1 MMA) at welterweight.

“Kamaru would stand with him until he starts getting lit up. Then he’s going to go and use his wrestling, which he should, I’m not saying he shouldn’t…”

“I don’t think that Kamaru would be standing up against Nick that long.”

Nick Diaz made his return to MMA competition after being out of the Octagon for six years. It was in September of 2021 that he got in the cage with Robbie Lawler (29-15 MMA) at UFC 266. The result was Lawler finishing Diaz via TKO at 0:44 of Round 3, avenging a loss from 17 years ago.

Do you agree with McCarthy and would you like to see a Nick Diaz vs Jorge Masvidal BMF Title bout? Or, is there another fighter you would like to see Diaz get in the Octagon with next?