John McCarthy is explaining why he ‘did not agree’ with the Derrick Lewis vs Sergei Pavlovich stoppage at UFC 277.

It was Derrick Lewis (26-10 MMA) vs Sergei Pavlovich (16-1 MMA) in a heavyweight bout last Saturday night, July 30th. It was just 55 seconds into the 1st round where Pavlovich finished Lewis to win the match. Pavlovich handed his opponent a barrage of shots and Lewis eventually fell to the canvas wherein referee Dan Miragliotta quickly jumped in to stop the fight.

It should be noted that Lewis was back to his feet almost immediately, and proceeded to complain about the stoppage, but Pavlovich was already celebrating his victory.

Speaking on the Weighin In podcast with Josh Thomson, McCarthy had this to say about the stoppage (h/t Sportskeeda MMA):

“I did not agree, you know. The stoppage, I thought it was early. Because you know those guys going into the fight. It’s not like these are new, young guys. You know what Derrick Lewis does. You know that he has come back in fights where he has been hit and has gone down.” 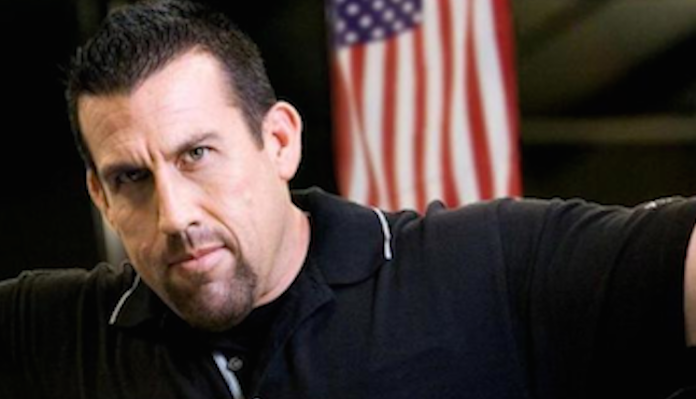 “And you know the way that (Derrick Lewis) does go down. He doesn’t usually go to his butt. He tends to go towards (the ground), face-down, ass-up position, but he tries to fight his way through it. You’ve gotta give him that time. But I know Dan was trying to protect him.”

“I was ready to punch him for five rounds, for three rounds, it doesn’t matter. How do you like that boxing? I did my job. I’m very happy with my performance.”

Pavlovich’s record is now four wins in a row, with all four victories coming via way of knockout or TKO in the first round.

The consensus is split, with some fighters and fans agreeing it was the correct decision to stop the fight, while others believe it should have been allowed to continue.

Do you agree with McCarthy and believe that the fight stoppage was premature? Who would you like to see Derrick Lewis fight next?