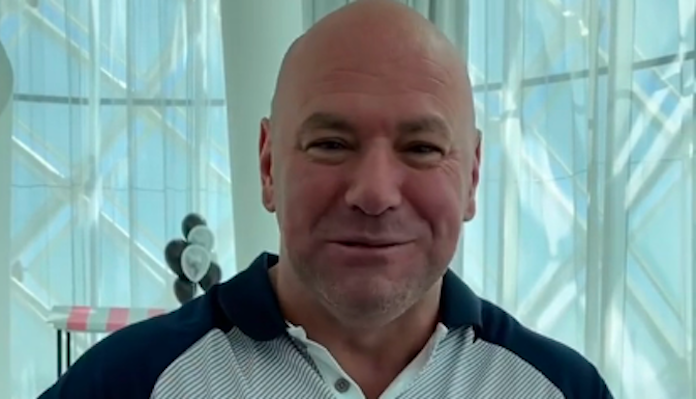 Nunes was aiming to de-throne Pena to win back her title and that is exactly what she did. It was a hard fought battle and a unanimous decision win for ‘The Lioness‘.

Speaking to the media following UFC 277, the UFC president, while showering Nunes with praise also had this to say:

“I think two things: Julianna’s tough as nails and her will to win was second to none. She wanted to win. I think as dominant as Amanda was — and she was dominant tonight, I didn’t think it was close any way, shape, or form, it was a complete shutout — but she still looked a little gun-shy to me. Going in against the person who beat you the first time, I could see that happening.”

“I mean, it’s stupid for me to even say that. It was an absolutely dominant performance.”

“I think she was concerned about her cardio probably, because when you think about the way that she fought (Cris) Cyborg, she usually throws tons of punches. She had Julianna hurt many times, had her on crazy legs a couple of times, and never really went in for the kill.”

“She could have, but she didn’t. There’s a big difference between submission attempts and knockdowns. It’s not even comparable.”

It was at UFC 269 in December of 2021 that Nunes and Pena first fought. The outcome being a huge upset for Nunes, with Pena finishing her with a rear-naked choke in the second round and capturing the bantamweight title.

Do you agree with Dana White’s comments that Nunes looked ‘a little gun shy’ at UFC 277?